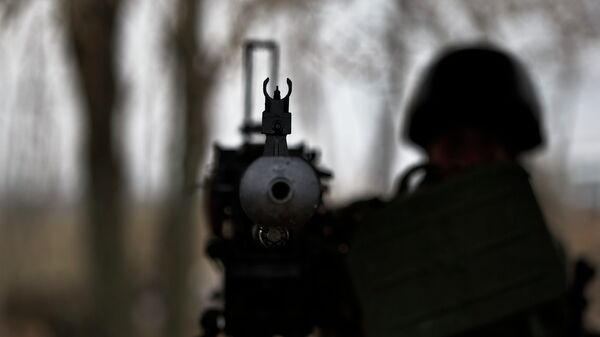 There is no progress in the implementation of the Minsk agreements and the most recent Contact Group meeting on Ukraine did not yield any significant results, Ukrainian President Petro Poroshenko told RIA Novosti.

"Unfortunately, it was not very effective," Poroshenko told RIA Novosti on the sidelines of the World Economic Forum in Davos.

According to the Ukrainian President, "severe shelling" continues in Ukraine’s southeast and "a security situation allowing for the start of the political stage [of the peace process] has not been created yet."

Kiev, Amsterdam Coordinate Policies Ahead of Vote on EU-Ukraine Association
In February 2015, a peace agreement was signed between the two sides in the Belarusian capital, Minsk. The deal stipulates a full ceasefire, a weapons withdrawal from the line of contact in eastern Ukraine, an all-for-all prisoner exchange and constitutional reforms, which would give a special status to DPR and LPR.

Under the deal, constitutional reforms aimed at decentralizing power in Ukraine and the initiation of local elections in Donbass should have been concluded before the end of 2015.

The country's regions of Donetsk and Lugansk agreed to postpone their local elections until 2016. Before elections in those regions can take place, Ukrainian authorities must fulfill all their obligations under the Minsk peace agreement.