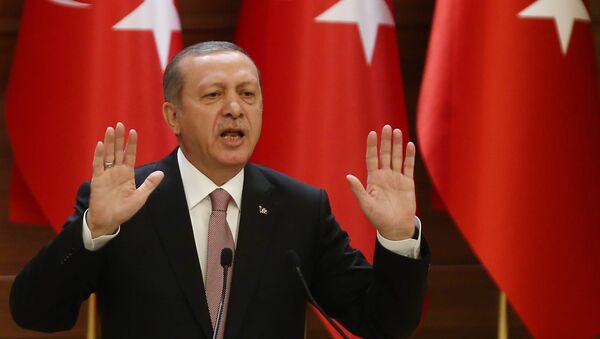 Peace talks aimed at ending the nearly five-year-old civil war in Syria may not take place as scheduled on January 25 in Geneva, in part because Turkey wants to exclude Syrian Kurds from the negotiations.

The talks, whenever they commence, are doomed to fail if Syrian Kurds are not represented, Saleh Muslim, co-chair of the Kurdish Democratic Union Party (PYD), said on Friday.

"If there are some parties that are effective in this Syria issue who are not at the table, it will be the same as what happened in Geneva 2," Muslim said, referring to failed negotiations in 2014.

"The negotiations and political solution will fail so we are keen to have everyone at the table."

Ankara has labeled the PYD a terrorist organization and an arm of the Kurdistan Workers’ Party (PKK), which has long fought for autonomy for Turkey's ethnic Kurds.

Uzun, an Executive Council member of the Kurdistan National Congress (KNK), a Europe-based coalition formed by exiled Kurdish politicians, lawyers and activists, called Turkey's objection an "act of revenge" against the Kurds, who have been among the most successful groups fighting Daesh on the ground in Syria.

Washington, Uzun said, must call for Ankara to end its "anti-Kurdish" policy in Turkey and Syria and insist that the Turks take on a bigger role in the fight against Daesh.

Russia, meanwhile, wants the opposition negotiating team expanded to include other figures that could be deemed closer to Moscow’s policies as well as the main Syrian Kurdish party, the PYD, and the affiliated YPG militia.

The YPG has established close ties with the United States and is an important partner in the fight it is leading against Daesh militants in Syria.

The Saudi-backed opposition council has said it will boycott the Geneva negotiations if Russia insists on such a shake-up.