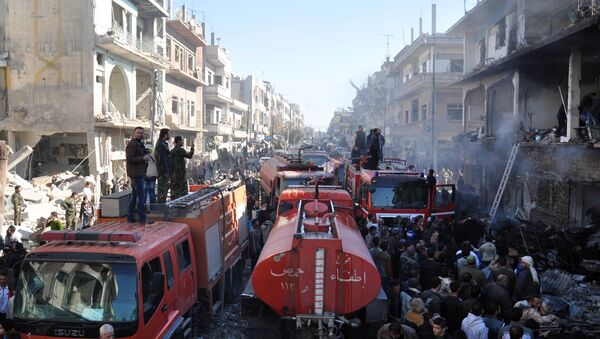 © AFP 2021 / STR
Subscribe
Two bombs with a large number of shrapnel elements exploded in the Syrian city of Homs.

DAMASCUS (Sputnik) — Two bombs exploded on Friday not far from the center of the Syrian city of Homs, leaving at least 11 people injured, a source in local militia said.

"The second blast hit the Zakhran Street in the center of Homs. The bomb was filled with a large number of shrapnel elements," the source told RIA Novosti.

"Several minutes earlier, an explosive device was set off at the nearby Wadi Dahab Street, sending at least 11 people to hospitals," the source said.

000000
Popular comments
The revenge will be there soon.