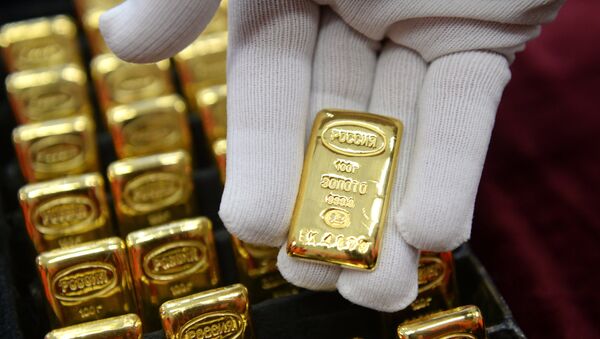 Chairman of Soros Fund Management, billionaire investor George Soros believes that Russia has enough reserves to last it through the current economic hardships.

MOSCOW (Sputnik) – Soros told Bloomberg TV on Thursday that the Russian reserves would last for "a couple of years."

On Wednesday, Russia’s central bank estimated that Russia expanded its reserves of monetary gold by 208.4 metric tons to 1,415 tons in 2015, up more than 17 percent from the year before.