Record Number of Refugees Drown in Mediterranean in January 2016 - IOM 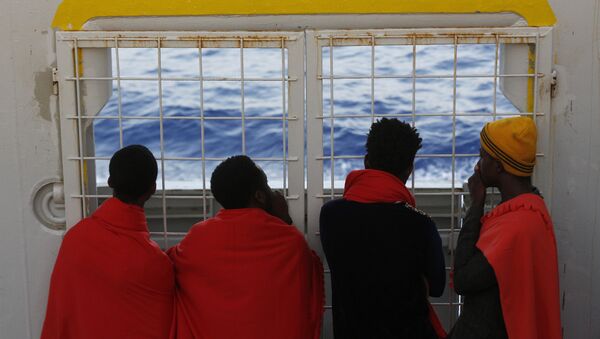 According to the International Organization for Migration, within little over the first week of January at least 113 refugees have died trying to make it to Europe which more than in the January of 2014 and 2015 combined.

UNITED NATIONS (Sputnik) – Over 110 refugees have died trying to cross the Mediterranean Sea since the beginning of 2016, making it the deadliest January on record, the International Organization for Migration (IOM) announced on Friday.

"With more than a week left in the first month of 2016, IOM reports that deaths of migrants and refugees in the Mediterranean already make this the deadliest January on record. Deaths in the past 24 hours bring to at least 113 the total number of fatalities recorded, which is more than the past two Januaries combined, when 94 deaths were recorded – 12 in January 2014 and 82 last year," IOM spokesman Joel Millman said in a statement.

RT Journalist Attacked by Armed Gang in Calais Refugee Camp
According to Millman, almost 37,000 have already arrived in Italy and Greece this year, which is 10 times more than for the same time period of 2015.

"For Greece and the Western Balkans, the increase is well over 20 times 2015’s total on this date," Millman said.

Last year witnessed an unprecedented global wave of migration, with over one million migrants in Europe. According to IOM, more than 3,770 deaths of migrants trying to cross the Mediterranean Sea were recorded in 2015, making this year the deadliest on record.