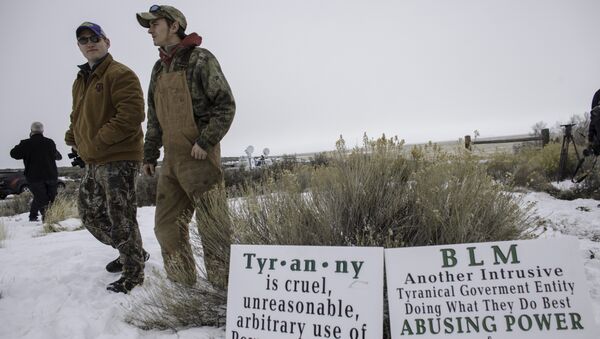 Protests in the US state of Oregon against the armed occupation of a wilderness refuge are being funded by an organization called “Getting Occupies of Historic Oregon Malheur Evicted,” or GOHOME, which has raised $60,000 since Sunday, the organization’s founder Zach Klonoski told Sputnik on Friday.

WASHINGTON (Sputnik) — With his brother Jake, Zach Klonoski founded on Sunday Getting Occupies of Historic Oregon Malheur Evicted, which consists of a single website.

“With our campaign, every day the amount is building up,” Klonoski said in an interview with Sputnik.

On January 2, the militia group Citizens for Constitutional Freedom occupied Malheur National Wildlife Refuge headquarters, protesting US government policy that limits grazing on federally owned lands. They were also protesting the jailing of two farmers who had been charged with arson.

Cattle ranchers in Oregon and state Republican officials have expressed solidarity with the occupiers’ goals of winning state and local control of the refuge, but have distanced themselves from the armed protest.

As the standoff continues, anti-occupation protests have mushroomed throughout Oregon, calling on the authorities to evict the militia group.