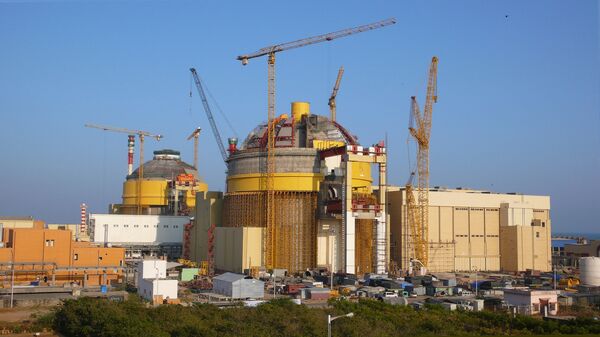 MOSCOW (Sputnik) — Thursday's relaunch comes after a period of preventive maintenance performed with participation of the Russian nuclear experts. The plant's first unit was loaded with nuclear fuel in preparation for the launch in early December.

The relaunch was attended by Indian Atomic Energy Regulatory Board (AERB) and Nuclear Power Corporation of India (NPCIL) experts, as well as Russian nuclear experts, according to the statement. The plant will begin to feed power into India's electric grid after sufficient output has been reached, the statement added.

Last year's maintenance was performed after a year of successful operations starting late 2014. The unit reached full capacity in July 2014, and is currently India’s most powerful reactor with a maximum operating capacity of 1,000 megawatt.

The plant's second unit is also set to enter into service within the coming months, the Kremlin said late December. With a total of 12 units planned to be constructed within 20 years, agreements to construct units three, four and five have already been signed.

The construction of the Kudankulam nuclear power plant was initially agreed by the Soviet Union and India in 1988, but the project was in limbo until the NPCIL and Russia's nuclear agency Rosatom relaunched the much-delayed joint project in 2012.