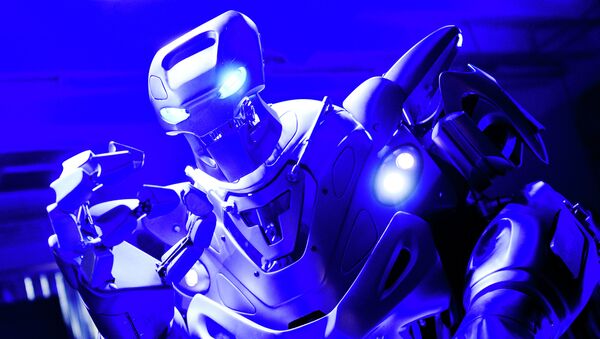 Future Weapons of War: Navy Wants Anti-Drone Laser Trucks
The Nerechta combat robot – the brainchild of the Kovrov-based Degtyarev plant – is a prime example of this innovative technology, most of which remains classified.

The Nerechta is essentially a reconnaissance vehicle, which can also haul ammunition to the fighting units, move the wounded from the line of fire and, of course, it can train its guns on the enemy.

First unveiled to the Russian military in the fall of 2015, Nerekhta is now being readied for final trials. It’s “brother-in-arms” – the Avatar – also looks like it came right from a sci-fi flick.

Unorthodox designs are the backbone of a modern, high-tech armed force, the President said.

“In some areas these advanced designs are absolutely unparalleled in the world and are virtually ready for mass production. What is also important is that the designers came up with a number of truly breakthrough solutions, which have earned our arms makers and scientists their well-deserved reputation worldwide,” Vladimir Putin emphasized.

The Fund’s projects are obviously called upon to play a decisive role in the development of key elements of new generation munitions and military and special equipment.

“They are to become the basis of the national armaments system in 2025-2030 both for the army and navy,” Putin added.

The ARF now comprises 35 experimental labs which look more like full-fledged research institutes. Some of them take credit for the development of the Ratnik “future soldier” outfit, which was first presented to the broad public during last year’s Victory Day parade in Moscow.

The President underscored the need for wider use of the Foundation’s potential in the development of advanced  electronics based on new physical principles, and also in the design of high-precision weapons and dual technologies.

“We need to make sure that such advanced technologies find practical use also in civilian production,” Putin added.

This is already happening with mind-controlled quadcopters presenting a real breakthrough in the field of neuro-engineering.  Putin also insisted on the more rational use of innovative technology in view of the economic problems faced by the country and the situation in the international markets.

“It is really imperative for us to see the projects which are in the works through,” Vladimir Putin emphasized.

The share of innovative technologies in Russia’s defense production is slated to reach 70 percent by 2020.