Do We Need a Wake-Up Call Amid 'Gloomy' Global Situation? - MSC Head 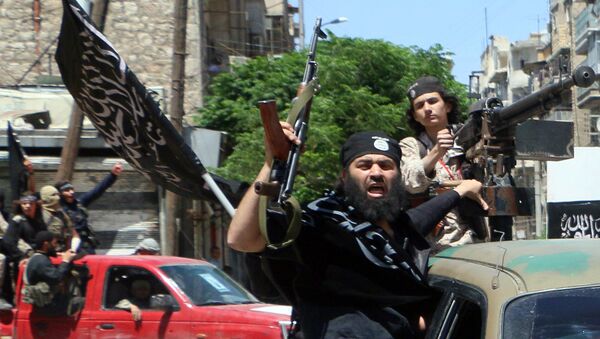 The global governance arrangements and crisis management capabilities are not sufficient for the challenges presented by the modern world, the Munich Security Conference (MSC) chairman told Sputnik.

DAVOS (Sputnik), Daria Chernyshova – This year’s MSC, slated for February 12-14, will focus on conflict prevention as well as the revision of those arrangements, Wolfgang Ischinger said.

"The overarching issue I think is that there is a growing sense among the intelligence of all our countries, whether you talk Russia or the United States, or China or Western Europe, that our international global governance arrangements, our crisis management capabilities are not good enough," Ischinger said.

The official highlighted several themes, such as the ongoing refugee crisis, prosperity prospects, as well as persisting problems in several states, including Libya, Somalia, Afghanistan, Iraq, and Syria.

"In other words, the situation overall is gloomy, and therefore, I think my overarching Theme is do we need a wake-up call?" he wondered.

"Then we have a continuing problem in terms of mistrust and violation of what we thought was an established set of rules in Europe. The continuing crisis in Ukraine," Ischinger said.

"I sent an invitation to the president of the Russian Federation very early last September, and I got a reply in the autumn that he would not be able to come… I sent him another letter in December repeating the invitation, maybe you want to reconsider, as it is an interesting opportunity to explain usual policies and the answer was the same," Ischinger said.

"We are expecting a very substantial Russian delegation — the foreign minister is coming, I'm being told that other senior members of the Russian leadership are also to come," the MSC chairman said.

Ischinger expressed hope that the Russian delegates in Munich would have a substantial discussion with their counterparts in Munich.

"I'm absolutely reassured that we will have a very senior, good and adequate Russian delegation, we have many questions," he elaborated.

The MSC is an international, nongovernmental, independent conference for discussing major security issues. Founded in 1962 for consultations between NATO member countries, it now involves representatives from Central and Eastern Europe, South Asia, and the Middle East, as well as former Soviet states.