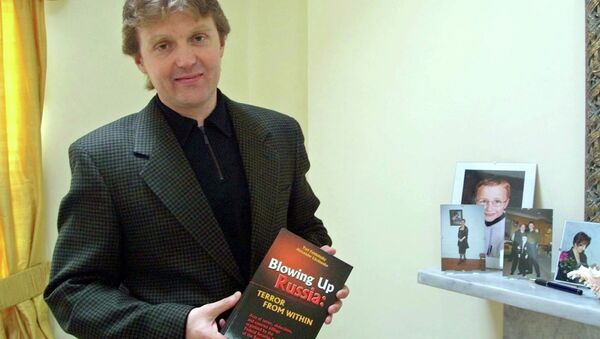 The UK inquiry report into the death of former KGB agent Alexander Litvinenko is politically motivated, the Russian Foreign Ministry said on Thursday.

"There was no reason to expect that the final report of а politically engaged and highly non-transparent process, with a predetermined result, could be objective and impartial," Zakharova said in a written comment on the report issued earlier in the day.

UK Report Claims Putin to Blame for Litvinenko Death
On Thursday, the British Court blamed Russia for Litvinenko’s death but could not conclude that the polonium-210 had come from Russia.

She added that Russia's position on this issue remained unchanged and well-known.

"We regret that a purely criminal case was politicized and marred the general atmosphere of our bilateral relations," she pointed out.

British Lawmaker Hopes Litvinenko Case Not to Aggravate Russia-UK Tensions
Alexander Litvinenko fled from Russia to Britain in 2000. He died in 2006, three weeks after drinking tea with his former colleagues Dmitry Kovtun and Andrei Lugovoy in central London.

Following his death, UK authorities claimed that Litvinenko's former colleagues had poisoned him with the radioactive isotope polonium-210. A public inquiry into Litvinenko's death was formally established by the UK government in July 2014.

"We need time to study in detail the content of this document [UK report on Litvinenko's case], and then we will give a detailed assessment," Zakharova added.