Preparing for New Reality: Will US Be a Trendsetter in Multipolar World? 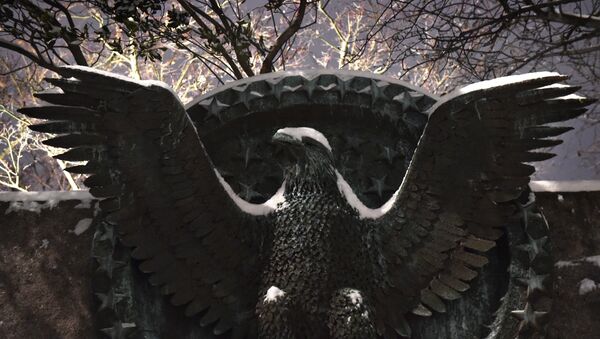 Whether one likes it or not, by 2025 the international system will be a multipolar one, and Washington should prepare itself for the new reality, former National Intelligence Council (NIC) officials Mathew Burrows and Roger George underscore, citing NIC's Global Trends 2025 report published in November 2008.

"The United States will have greater impact on how the international system evolves over the next 15-20 years than any other international actor, but it will have less power in a multipolar world than it has enjoyed for many decades," the report read.

"A world of relatively few conflicts with other major powers would smooth the way toward development of a multipolar system in which the US is 'first' among equals," it added.

The Top Four US Policy Mistakes That Ruined Its Relationship With Russia
In 2008 many US senior officials turned a deaf ear to the NIC's prognosis, regarding it as just another worst-case "guesstimate," Burrows and George note in their article for The National Interest.

They refer to US presidential candidates that sound as if the United States never left "the unipolar moment."

"The challenge now is to alter our mind-set, which seems trapped in the amber of America's 'exceptionalist' tradition and 'indispensable' role," the intelligence analysts warn.

Remarkably, former NIC officials have echoed here conservative commentator Patrick Buchanan, who noted in one of his latest essays for The American Conservative that the phrase "America must lead" has become a sort of mantra for Jeb Bush and his political competitors.

A United Eurasia From Minsk to Manila
However, Washington's political establishment should face the truth of the country's "more limited influence" and necessity for "strategic restraint," the intelligence analysts remarked.

The NIC's Global Trends 2025 report went even so far as to propose a scenario of a "world without the West."

There is the "possibility that the emerging powers will assume a greater role in areas affecting their vital interests," the report authors pointed out, adding that "such a coalition of forces could be a competitor to institutions like NATO, offering others an alternative to the West."

There was a general atmosphere of euphoria after the collapse of the USSR in Washington. American policy-makers were inclined to believe that Washington's unchallenged dominance would last forever.

"Today's world is far more chaotic, because it's no longer just a world of states," Burrows and George continued, referring to Daesh (Islamic State/ISIL) terror network that challenged the post-World War I Sykes-Picot agreements.

The former NIC officials believe that Washington still may retain a position of the global "trendsetter" if it accepts multipolar world order and stop treating others as "pariahs."

"Most other states — including even Russia and Iran — want to be on good terms even if they don't share our values or interests. Americans must forego the tendency to reject international initiatives that are 'not invented here,'" the intelligence analysts explain.

"Setting the global agenda in ways that are inclusive-an international order not solely 'made in America' — will mark Washington's successful transition from a status quo power to one that will lead the world to a new equilibrium," Mathew Burrows and Roger George concluded.