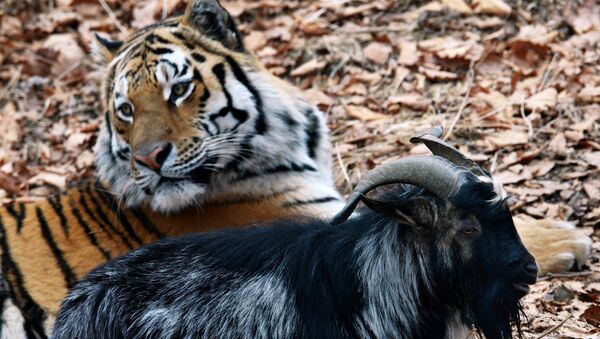 Amur the Tiger and Timur the Goat are about to get their own trademark.

The administration of the safari park in Primorsky Territory in the Russian Far East has made moves to patent an 'Amur and Timur' trademark.

Amur and Timur grabbed headlines on November 26, when it was reported that the tiger had unexpectedly made friends with his prey, a goat, in the Primorsky safari park. The unlikely duo soon became a hit on social media and now everyone can follow them online.

However, the two friends occasionally butt heads, as can be seen on this video.