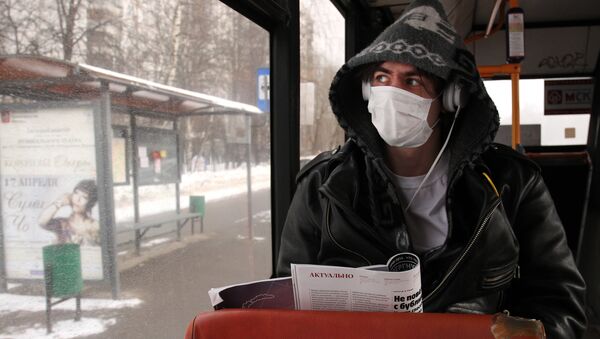 Up to 21-percent share of all influenza cases registered were diagnosed with the swine flu, according to Russia’s health watchdog Rospotrebnadzor.

MOSCOW (Sputnik) – The number of people diagnosed with a swine flu in Moscow makes up a 21-percent share of all influenza cases registered in the Russian capital since June 2015, Russia’s health watchdog Rospotrebnadzor said Wednesday.

Russian Health Watchdog Says Ready to Counter Swine Flu Outbreak
Earlier in the day, media reports emerged, claiming that every second resident of Moscow with the symptoms of upper respiratory tract infections was diagnosed with a swine flu.