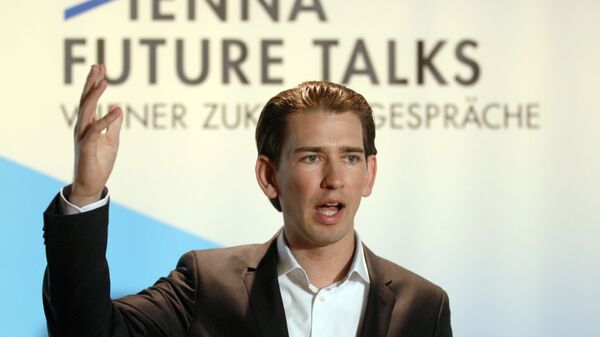 Austria's Foreign Minister believes shutting Europe's borders and imposing stricter immigration rules would help solve the refugee crisis amid predictions that the number of people arriving in Europe would continue to rise.

Sebastian Kurz told German magazine Heute Journal that national border controls and limits could be a "driver for a European solution" because refugees would be prevented from traveling further into Europe so the numbers would drop.

Kurz suggested that south eastern European countries had not yet felt the "pain of distress" of high numbers of refugees entering their territory forcing them to increase border controls; meanwhile many other countries have.

Are we really going to wait two months for summit on #refugeecrisis @eucopresident? 3K people come in every day, mainly through #Greece

Sweden, Germany, Norway, Denmark, France and Italy have all increased their border controls following the November terrorist attacks in Paris. Slovenia recently announced plans to deploy the army to guard its border and control the flow of refugees.

On the other end of the scale, Hungary has completely sealed off all its territory from neighboring countries, including Croatia, leaving thousands of people stranded in no-man's land between Croatia and Serbia. 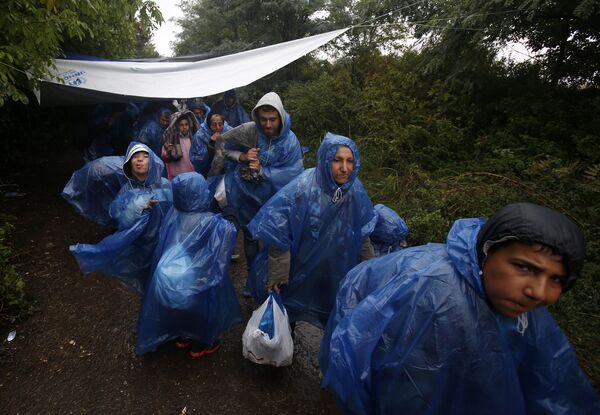 A group of migrants head to cross a border line between Serbia and Croatia, near the village of Berkasovo, about 100 km west from Belgrade, Serbia, Tuesday, Sept. 29, 2015
© AP Photo / Darko Vojinovic

And the decision by Macedonian authorities to only allow refugees from Iraq, Syria and Afghanistan to pass through its border from Greece led to hundreds of refugees being denied passage. 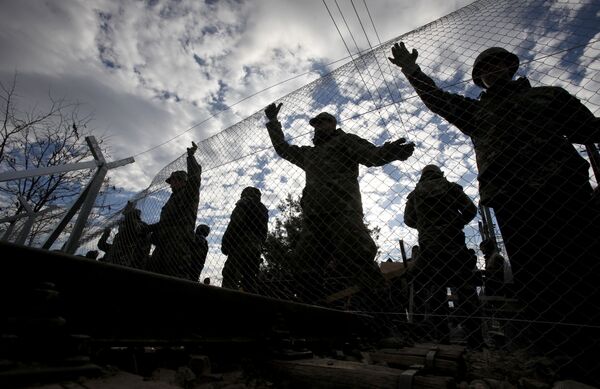 If, as suggested by Austria's foreign minister that all countries in the Schengen zone apply the same principle as Macedonia, the scenario could be replicated across Europe but on a much larger scale with hundreds of thousands of people denied passage and stuck in no-man's land.

"The Geneva Refugee Convention of 1951 says that I am allowed to enter into a country as long as I intend to apply for asylum in that country, even if I do not possess the proper documents," Melita Sunjic, a spokesperson for the UNHCR told German broadcaster, Deutsche Welle.

And while countries can't turn their refugees away, "one does not have the right to choose which country one wants to receive asylum in," said Sunjic.

It's been revealed many migrants evade being processed and fingerprinted by Greek and Italian authorities when they first arrive in Europe, instead traveling onto richer countries in northern Europe to claim asylum there.

The president of the European Council Donald Tusk has warned that the EU has only "two months to get things under control or it could mean the collapse of Schengen."

Europe's increasingly outdated asylum system remains under the spotlight after decisions were made by individual countries to shut borders within the Schengen zone, blocking the EU's founding principle of freedom of movement in a borderless state.