Safety in Numbers? US Sends Another Aircraft Carrier to Asia 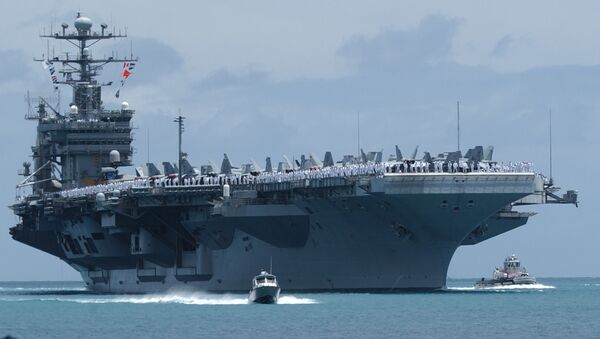 The United States has reportedly stepped up its military presence in the Asia-Pacific region by deploying a second nuclear aircraft carrier to the area.

US Aircraft Carrier Ronald Reagan Arrives in Japan
The US Navy's nuclear powered aircraft carrier John C. Stennis has been deployed to the western Pacific Ocean, in a move that is apparently aimed at boosting the US' military presence in the Asia-Pacific region, media reports said.

The deployment came a few months after the Nimitz-class US naval aircraft carrier Ronal Reagan arrived in the Japanese port of Yokosuka.

As for the John C. Stennis, the warship departed its homeport of Bremerton on January 15 for a regularly scheduled deployment to the western part of the Pacific Ocean, where the ship will be on a 7-month mission in connection North Korea's nuclear test-related activity and the regional standoff over disputed islands in the South China Sea. 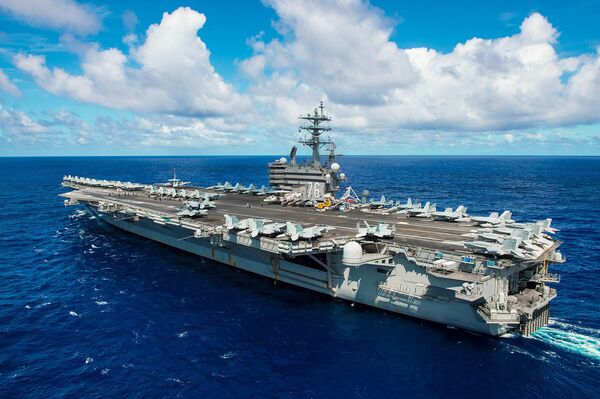 During the mission, the vessel is expected to take part in military exercises with America's allies in Northeast Asia.

Named after US Senator John Stennis, the aircraft carrier has a displacement of around 103,000 tons and can carry about 90 fighter jets and combat helicopters as well as 3,100 sailors. 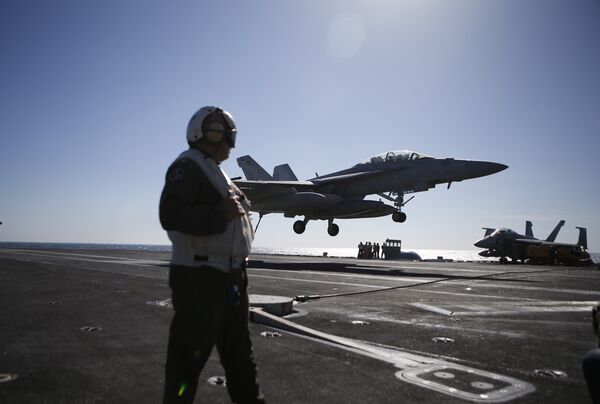 A US Navy crew member looks at an F/A-18 Super Hornet fighter landing onto the deck of the USS Ronald Reagan, a Nimitz-class nuclear-powered aircraft carrier, during a joint naval drill between South Korea and the US in the West Sea off South Korea on October 28, 2015
© AFP 2022 / POOL / Kim Hong-Ji

The US is trying to prevent Beijing from engaging in military activity in the South China Sea, under the pretext of freedom of navigation.

In response, the US deployed its 1950's era B-52 bomber, which is capable of carrying nuclear weapons on a low-level flight over its ally South Korea.

Right now, Washington is considering sending the aircraft carrier Ronald Reagan to the Korean peninsula; the warship, which carries 80 combat aircraft and about 5,400 sailors, participated in US-South Korea naval drills in October 2015.