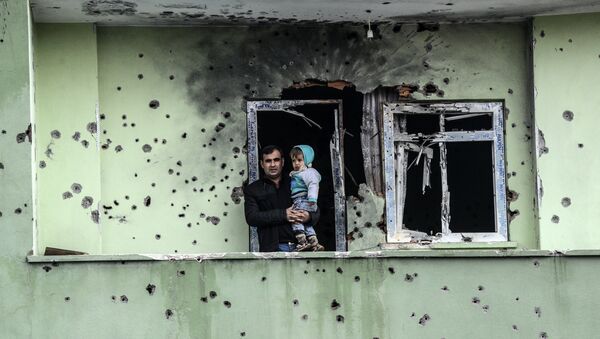 © AFP 2021 / LYAS AKENGIN
Subscribe
Ahmet Davutoglu, Turkish prime minister, said that operation in Silopi in the Sirnal province is almost completed, but a curfew will be still in the place in town.

In December 2015, the Turkish authorities declared a curfew in a number of southeastern regions, including in the city of Sirnak, where armed clashes between Ankara forces and Kurdistan Workers’ Party (PKK) fighters have been ongoing.

"Operation in Silopi is almost completed. All neighborhoods, streets of the city have been cleared [of militants]. A curfew will be still in place for some time until we are sure the residents’ security is guaranteed," Ahmet Davutoglu said at a press conference broadcast by the Turkish NTV channel.

Brutal Crackdown on Kurds Shows Erdogan’s Desire for ‘Dictatorship’
The security situation in Turkey deteriorated following a suicide bombing in the Turkish border city of Suruc on July 20 and a spate of police killings in southeastern Turkey, for which the PKK claimed responsibility.