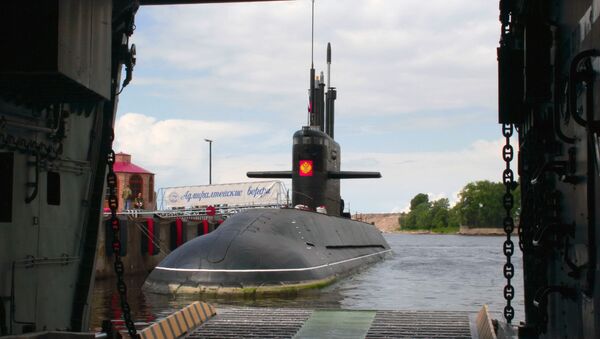 © Sputnik / Alexei Danichev
/
Go to the photo bank
Subscribe
The Russian Navy decided not to build Lada-class diesel-electric submarines (Project 677) since the funding will be spent on Kalina-class ships, a senior Russian Navy’s official said Tuesday.

Hunt You Down: Russian Navy to Receive Modern Anti-Submarine Aircraft
MOSCOW (Sputnik) – Construction of the Sankt Peterburg, the lead ship of the Project 677, began in December 1997. It was introduced into the Navy for trial operations in April 2010. Two other ships of the class have already been laid down.

"The Navy has decided to complete the construction of two Lada-class boats and stop the work  on the project. All three boats of this project will join the Baltic Fleet. Funding will be directed to the Kalina project," the official told RIA Novosti.

He added that a Russian design bureau, Rubin, was working on the project of the submarines equipped with anaerobic (air-independent) power units, dubbed Kalina-class. Their construction is expected to be launched after 2020.

Air-independent, closed cycle submarines, which usually use hydrogen-oxygen fuel cells, are quieter than conventional diesel-electric boats and do not have to surface or use snorkel tubes to breathe air, thereby exposing themselves to detection by radar and other sensors.