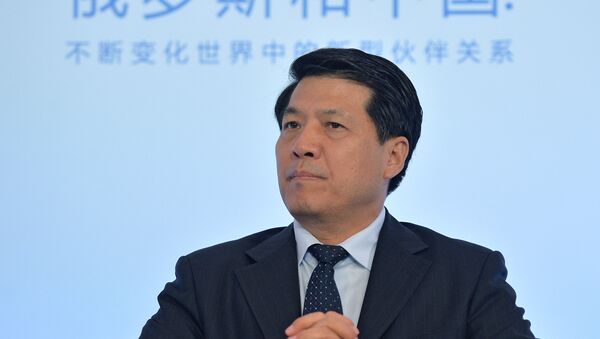 Chinese Ambassador to Russia said that China and Russia are bent on promoting a universally beneficial model of foreign relations based on the principles of justice and equality.

"We will uphold justice and equality worldwide, develop a new type of relations based on cooperation and universal benefit," Li said in Moscow.

The ambassador was speaking at the launch of a Russian-Chinese project commemorating the 70th anniversary of the end of World War Two.

Li emphasized that Russia and China, both of whom suffered huge human losses during WWII, had drawn similar conclusions from the world’s bloodiest conflict and intended to maintain friendly relations with other nations.

Moscow and Beijing have to strongly oppose any attempts to distort the history of World War II, Chinese Ambassador said.

"History can not be distorted. World War II ended 70 years ago. Until now, some countries do not want to sensibly assess its lessons. China and Russia, and those people who value peace and justice, should, must preserve high vigilance and resolutely oppose such provocative statements and actions," Li said at a press conference in Moscow.

He stressed that Russia and China fought "shoulder to shoulder" in the war against Nazism and suffered huge losses. The ambassador added that the two countries made a great contribution to the victory over Nazism.

In 2015, Russia and China, among other countries around the world, celebrated the 70th anniversary of the end of World War II.

In May, Moscow held its largest-ever military parade to mark the victory. Ahead of the anniversary events, Russian President Vladimir Putin expressed concern that some East European and Baltic nations attempt to glorify Nazism and distort the Second Worlds War history.

A large-scale military parade was held in Beijing in September to commemorate the anniversary of China’s victory in the War of Resistance against Japan and the end of WWII.