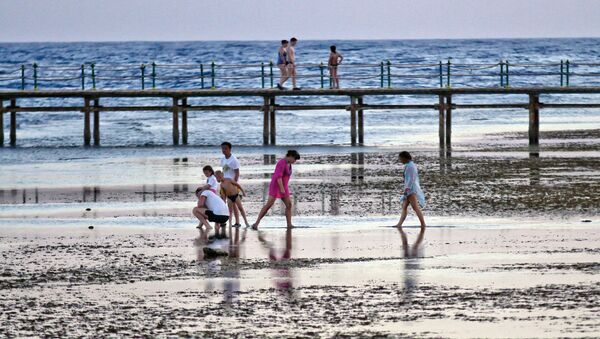 Cautious Optimism: China’s Economy Likely to Withstand Challenges of 2016
MOSCOW (Sputnik) – Chinese President Xi Jinping is due in Cairo on January 20-22 in what is the first visit by a high-level Chinese official to the country in over a decade. The Egyptian leadership has said that it hopes for "even more coordination" in bilateral relations following a meeting between the two presidents.

"Egypt is essentially bankrupt, urgently needs foreign exchange, and the Gulf states will be increasingly reluctant to provide funding given the oil price," Eibl explained, commenting on the reasons for China’s interest in the Arab state.

Moreover, Egypt is Africa’s second most populous country, a hub between Africa and the Middle East, and one of the most interesting markets, which seeks foreign direct investment, he added.

"If you look around the Middle East, there are not many alternatives: Morocco is a much smaller, much less central country; Algeria is a very closed market; Tunisia’s too small; Libya, Iraq, and Syria are in turmoil, and the GCC [Gulf Cooperation Council countries] are not in need of development aid. So, you’re left with Egypt," Eibl outlined.

Another expert, professor in International Relations at the University of St. Andrews Ian Taylor, suggested that Beijing was pursuing primary economic goals in Cairo.

"Egypt is a strategic country and economically important in the MENA [the Middle East and North Africa region] so it makes sense for China to have good ties with Cairo," Taylor highlighted.

At the same time, the expert expressed doubt that Egypt would become "an outpost" for China’s political expansion in the region as well.

"Egypt is in the pockets of the United States and is more interested in good ties with Washington," Taylor concluded, admitting, nevertheless, that diversifying relations is always a good idea.

Xi travels to Egypt as part of a wider regional tour this week, which includes stops in Saudi Arabia and Iran.

Egyptian President Abdel Fattah Sisi has visited China twice in his tenure, both times in 2015.