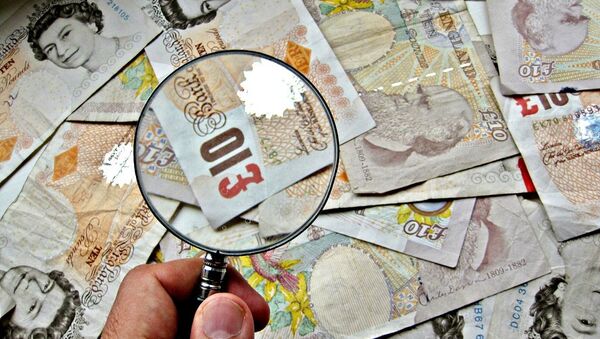 © Flickr / Images Money
Subscribe
The British government's new Extremism Analysis Unit [EAU] has been ordered by the Prime Minister to investigate the extent of foreign money used to fund extremist groups in the UK.

The call for the inquiry came from the Liberal Democrat party after the House of Commons voted in favor of extending airstrikes in Syria.

"We call on [the government] to conduct an investigation into foreign funding and support of extremist and terrorist groups in the UK," said Tim Farron, leader of the Lib Dems.

The EAU was established in September 2015, making it a legal duty for universities and colleges in the UK to ban extremists from radicalizing students on campuses and support those at risk of radicalization.

However, reports suggest that the government-led investigation could lead to a potential stand-off between the UK and Saudi Arabia — Britain's biggest ally in the Middle East.

Saudi Arabia is the UK's largest single market for British arms and the UK government's Strategic Defense and Security Review recently outlined Britain's intentions to continue to work with close allies including "vital partners, such as Saud Arabia, in the Middle East."

However, Saudi Arabia has been publicly accused by German vice chancellor Sigmar Gabriel of funding extremist mosques and groups in the West.

"Wahhabi mosques all over the world are financed by Saudi Arabia. Many Islamists who are a threat to public safety come from these communities in Germany," Sigmar Gabriel told Bild am Sonntag newspaper.

Wahhabism — a fundamental sect of Sunni Islam, practiced in Saudi Arabia — has inspired terrorist groups, including Daesh, also known as Islamic State, as well as al-Qaeda.

"We have to make it clear to the Saudis that the time of looking away is over. Wahhabi mosques all over the world are financed by Saudi Arabia," German vice chancellor Sigmar Gabriel added.

The results of the UK-led inquiry into the overseas funding of extremists groups and mosques will be sent directly to the home secretary Theresa May this year.

"I am glad that the home secretary is now undertaking this work at our urging but we will need to ensure that it is properly resourced, conducted and followed through," Alistair Carmichael, Lib Dem home affairs spokesman said.

UK's counter extremism policy has given up countering extremism, and now just comes up with stuff focus grouped to appeal to key voters

"We need to do everything in our power to counter extremism at home. External funding of extremist organizations from states like Saudi Arabia needs to be investigated and cracked down on if we're to be successful in countering this poisonous ideology," Carmichael said.

Meanwhile, some experts are urging the British government to focus on the money funding extremists in the Gulf region first, rather than just jihadi militants and groups in Britain.