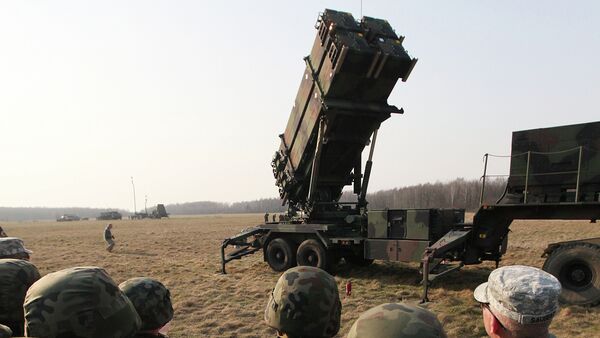 Former German Foreign Minister Klaus Kinkel said that NATO has come too close to the Russian borders and it should be taken into account.

Russia has repeatedly expressed concern over the creation of the NATO ballistic missile defense system in Europe, approved in 2010 during a NATO summit in Lisbon. A group of European countries, including Poland, Romania, Spain and Turkey, agreed to deploy elements of the system on their territories.

"I think that the planned deployment of the missile defense system [in Europe] is a wrong [step]," Kinkel told RIA Novosti in an interview.

According to Kinkel, NATO has come too close to the Russian borders and it should be taken into account.

Why Russia Has Every Right to Be Alarmed by NATO's Buildup in the Baltics
"Perhaps, too little attention has been paid to that issue," Kinkel said.

NATO-Russia relations deteriorated sharply in 2014, following the beginning of an internal conflict in eastern Ukraine and Crimea's reunification with Russia. The alliance accused Russia of meddling in the Ukrainian conflict and began to reinforce its presence in Eastern Europe, in response to what it considers Moscow's aggressive foreign policy.