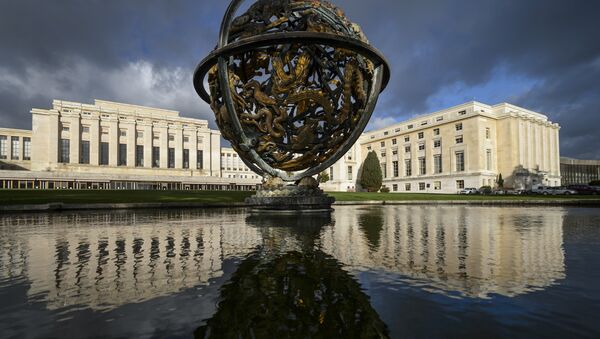 The Supreme Commission for Negotiations is a council formed in Saudi Arabia last month tasked with handpicking representatives at the talks with Syrian authorities.

Nahyan and Hijab reaffirmed their adherence to UN Security Council resolution 2254 that calls for the formation of an inclusive delegation of the Syrian opposition, the 2012 Geneva Communique, and statements made at two previous negotiations in Vienna.

The UAE foreign minister upheld Abu Dhabi's "support to the legitimate demands of the Syrian people" and the country's unity, as well as its efforts to alleviate the humanitarian crisis in Syria.

The UN-led talks between Syrian government and opposition representatives are scheduled to be held in the Swiss city of Geneva on January 25.

Hijab is one of the highest-ranking former officials to defect to the opposition in 2012, a year after an anti-government uprising that led to a prolonged civil war in the Arab republic.

The Syrian government delegation has agreed to take part in the January 25 talks.

A definitive statement on the list of Syrian opposition participants is widely expected to be finalized on January 20, when Russian Foreign Minister Sergei Lavrov is set to meet US Secretary of State John Kerry in Zurich.