Indian Ambassador Confirms Syrian War Was ‘Instigated From Outside' 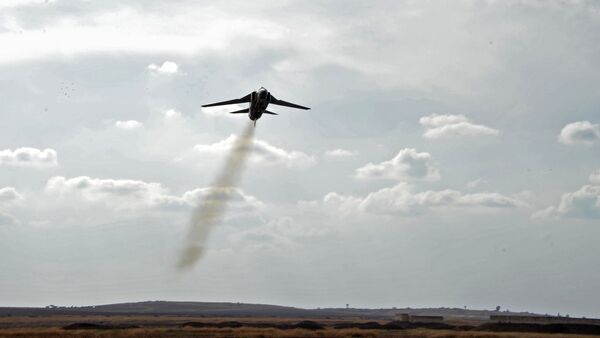 Former Ambassador of India in Damascus V.P. Haran confirmed that the Syrian war started not as result of an uprising against the Syrian President Bashar-al-Assad, but was instigated from the outside, Deutsche Wirtschafts Nachrichten (DWN) reported.

Washington Wants 'Regime Change' in Syria 'by Hook or by Crook'
According to Haran, external forces played a key role in fueling the Syrian conflict. The opposition in the country had supporters, including al-Qaeda and the Gulf States, which contributed to the destabilization of the country.

"Much of this was instigated from the outside, namely by the Gulf States," the diplomat said, stressing that back in 2009 "Syria was a peaceful country without any hidden tensions."

According to the diplomat, the Syrian economy was doing well at that time and the average growth rate was more than 5 percent. The unemployment rate reached 8 percent, but unemployed Syrians could find work in the Gulf States. All in all life in Syria was very peaceful, Haram explained.

"Public order had never been a problem. My female colleagues told me that they could wear jewelry and go home alone by two o'clock in the morning and feel safe. In some districts, restaurants were open until five o'clock in the morning. You never had the feeling that there would be trouble in the streets," the diplomat said.

Developments in Syria, Iraq Result of ‘Irresponsible’ Outside Interference
Haran argued that Bashar al-Assad has always been a popular leader and therefore he is still in power. There is no adequate internal opposition and many of the problems in Syria come from foreign sources that are trying to get rid of the inconvenient regime, the ambassador explained, reminding that 67 percent of the entire Arab world had chosen Assad as the most popular Arab person voted in 2009.

"Even the diplomatic community agreed that he had the support of about 80 percent of the Syrian population," Haran said.

The situation in the country deteriorated in 2011 following the "Arab spring" when it came to protests in various parts of the country. The chaos emerged in a number of the country's provinces such as Latakia, Homs and Hama.

"Aleppo remained calm and this was what really bothered the opposition. The opposition could not force people in Aleppo to revolt against the regime, so they sent [their own] people to Aleppo. These people then burned something on the streets and went back. But journalists reported about that saying that these were Aleppo people who took part in revolts," Haran said.

According to Haran, the media has often exaggerated its negative representations of Syria with journalists reporting about things that never happened.