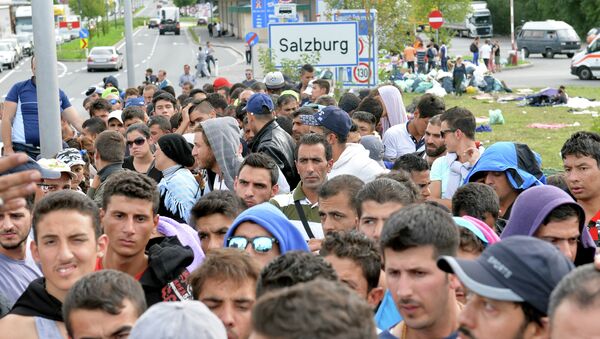 Austrian authorities are at a loss because Germany is now sending refugees back across the border without warning, German newspaper Deutsche Wirtschafts Nachrichten (DWN) reported.

Majority of Germans Believe Merkel Unable to Resolve Current Refugee Crisis
Austrian authorities have started to discover tighter border controls recently introduced by Germany. About 200 migrants a day are sent back by Germany across the border, an Austrian police spokesman said.

The migrants undergo a process of registration, but then are largely left to themselves.

"What else should we do? We have no legal or moral basis to detain them," an Austrian official said and added: "It would be only fair if Germany would say that it puts an end to its culture of welcome."

Austria Borders on Rebellion Over Refugee Crisis
Austria has been long supportive of the policy of open borders of German Chancellor Angela Merkel. After Denmark and Sweden have closed their borders, Austria remains the only country in the EU, which still follows Merkel's guidelines.

However, as Germany increasingly has started to return migrants back, Austrian authorities have had difficulties to cope with the additional migrant inflow. In December alone Germany sent back 1564 refugees, according to the Austrian police.

"Germany rejects about 10 percent of 2,000 to 3,000 refugees entering the country daily," said the police spokesman. Among them are migrants who have no valid travel documents and those who want to apply for asylum in other countries, such as Sweden or Denmark.