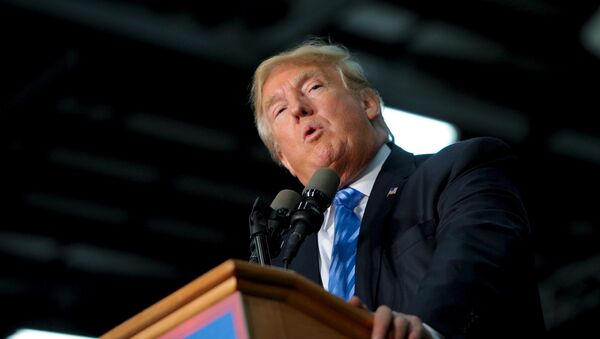 US presidential candidate Donald Trump said he was prepared to impose trade tariffs on China unless it stopped devaluing and undervaluing its trade currency, the renminbi.

Paul Ryan: Republicans to Support Trump if He Wins Presidential Nomination
WASHINGTON (Sputnik) – "If they don't stop treating us unfairly — I would certainly start taxing goods from China…," Trump told the sixth Republican presidential debate in Charlotte, North Carolina on Thursday night. "I'm totally open to a tariff. Their whole trade thing is a tariff. It's not free trade."

Trump said US trade policy was currently in the hands of incompetent "political hacks" and he vowed to take immediate action if elected president to close the trade gap with China, which he predicted would come to $505 billion in 2015.

"We've lost between four and seven million jobs because of China…We're going to have a trade deficit of $505 billion with China this year…Who the hell wants to lose $505 billion a year?" he asked.

Trump said that in their passion for free trade and political correctness, current US leaders had abandoned an "equal playing field" for their country in international economic negotiations.

The renminbi is the official currency of the People's Republic of China. The yuan is the basic unit of the renminbi.