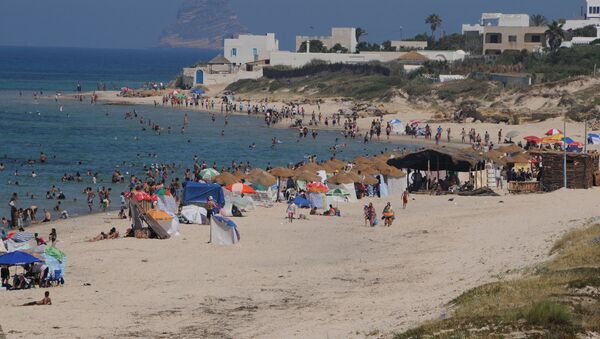 The tourism-reliant economy of Tunisia has slowed down due a series of extremist attacks in the country in 2015, Tunisia's Ambassador to Russia Ali Goutali said Friday.

Concerns Over Terrorism Remain in Tunisia on Jasmine Revolution Anniversary
MOSCOW (Sputnik) — Tunisia has been a target for terrorists, including the notorious Daesh jihadist group.

Daesh terrorists carried out another attack in the country in August, killing 38 holidaymakers on a beach in the town of Sousse.

On March 18, a group of gunmen dressed in military uniforms opened fire on tourists at the National Bardo Museum near the parliament building in Tunis, killing 22 and injuring more than 47, mostly tourists. Daesh claimed responsibility for the attack.

"The backbone of the Tunisian economy has always been tourism, but the number of tourists coming to the country significantly decreased because of the terrorist attacks that took place in the country. Economic growth in Tunisia in 2014 was 2.8 percent, in 2015 – 1 percent," Goutali said at a press conference in Moscow, dedicated to celebrating a 2011 revolution in Tunisia.