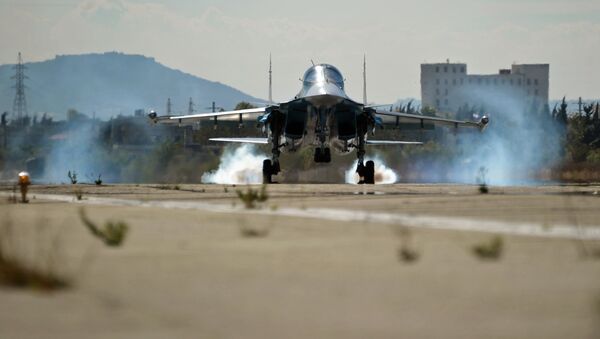 According to Seymour Hersh, one of America’s best-known investigative journalists, the US recognizes Russia’s military success in Syria.

Russians have acted in a very professional manner and managed to strengthen the Syrian Army, while US policy in the region has remained inconsistent, Seymour Hersh said.

“Americans have not recognized one thing above all: Syria, like Iraq and Libya, was a secular ally of the West, with moderate Sunnis. And we have intervened into these countries, overthrown their governments, and thus helped those whom we view now as our worst enemies — ISIS or Daesh and all the other extreme Sunnis,” the journalist said in an interview with the German newspaper Deutsche Wirtschafts Nachrichten (DWN).

Seymour Hersh: Pentagon Secretly Passed Intelligence to Assad Government
Hersh argued that Americans’ hatred for Syrian President Bashar Assad has no logical reasons. The Syrian leader repeatedly tried to build a good relationship with the US, while Syria’s intelligence services provided Washington with hundreds of documents, warning about Islamist attacks against the West and the US in particular.

“The Syrian intelligence [service] is one of the best in the world. It gave Americans the information on Mohammed Atta and the Hamburg terror cell,” the journalist said, cited by the newspaper. “But in his foreign policy, Obama — from his very first day in office – continued the Bush strategy. He continued with the ‘war on terror’.”

Hersh claimed that after 9/11, the US should have enhanced its cooperation with Moscow because “Russians know exactly what the Islamist threat is”.

However, better late than never: the “US military has now recognized the Russian military’s success in Syria,” Seymour Hersh said. Referring to his sources in the US military and the intelligence services, Hersh said, that Americans have great respect for Russia’s armed forces and especially for Russian General Valeri Gerasimov.

US Views Russia as 'Essential Diplomatic, Security Partner in Syria'
In the journalist’s opinion, Putin pursues a “clever” policy in the Middle East. The Russian leader managed to strengthen the Syrian Army and made it capable of fighting.

Nevertheless, the US has continued to maintain its tough stance against Russia and Hersh doesn’t understand the motives behind this.

“Lavrov is a very straightforward person. He has always said openly what the Russian position is,” the journalist said, adding that the US media tend to pretend that everything Russians say is a lie.

“Why not just listen to them? I cannot understand why Obama has such an anti-Russian stance. The Russian secret services are the best in the world; they know more about the region than we do. They know more about Daesh and al-Baghdadi. And they always have said — as well as the Syrians — that they are open to a better relationship with America. But the President pursues a surprisingly hard line against Russia and I do not know why,” the journalist stated.