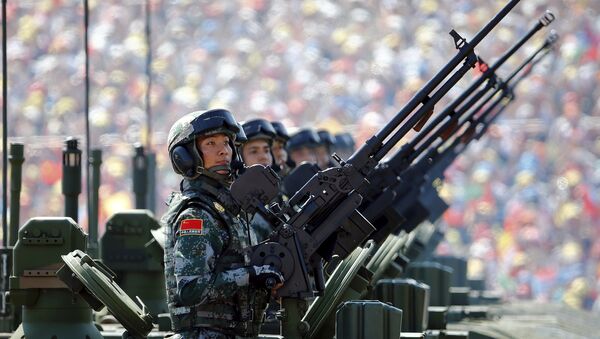 China is modernizing its military in light of a large-scale reform of the Chinese People’s Liberation Army. Currently, the focus seems to be on organizational reform and restructuring. The reforms come at a time when Beijing is becoming more assertive about territorial disputes in the South China Sea.

The Chinese People’s Liberation Army (PLA) itself has admitted before that it is lagging behind. It may have plenty of new weapons and it has just started to build a second aircraft-carrier, but as The Economist notes, the “PLA is failing to make effective use of these new weapons because of outdated systems of command and control.”

Africa
Why America Should be Worried About China’s New Military Base in Africa
Hence, China’s new military reforms come at a time when the country is feeling the need to modernize its army’s management system and overcome any organizational issues still in place.

In an interview with Sputnik, Vasily Kashin of the Moscow-based Center for Analysis of Strategies and Technologies described the ongoing large-scale reform of the Chinese People's Liberation Army (PLA) as an unprecedented event in the country's history.

He said that even though such a military transformation will probably result in a negative reaction from an array of political and military figures in China, Beijing should redouble its efforts to implement the reform.

“In the past few years, China has faced many challenges, including growing US activity in the South China Sea, which is why Beijing should respond in kind to all this. Judging by the full-fledged military reform proposed by President Xi Jinping, the response will be very serious,” Kashin said.

What remains unclear is why other countries would react negatively to these reforms, considering that China earlier announced that it will cut down the number of Chinese troops in an effort to create a more efficient fighting force.

Chinese Military Vows to Defend Sovereignty Amid US Navy Incursion
President Xi announced plans in September to cut the number of Chinese troops by about 300,000 to approximately 2 million soldiers.

The mission of executing the commission's decrees fell to the Four General Departments — four separate headquarters that served collectively as the PLA's joint staff and de facto ground force headquarters.

“The system was cumbersome and completely dominated by the army. Even more concerning for Beijing, this command structure was resistant to Party leadership and prone to developing political fiefdoms,” according to an article by the website Stratfor.

The current global conditions and rising tensions in the South China Sea may have been what trigered China’s military reforms. The newspaper Global Times said that new conditions require a strong army and cited the United States as a reason.

“If China has a big gap with the US in terms of military prowess, this will affect its international position and other countries' attitude toward China,” it said in an editorial posted on its website Saturday.

China has made efforts to refrain from military campaigns and it has not been an aggressor for many years now. As the magazine The Diplomat put it, “China has been a supporter of providing financial assistance and offering ‘capacity building support’ to local armed forces to contribute to counterterrorism efforts instead of directly participating in military campaigns.”