Some Bombs Feel Better Than Others 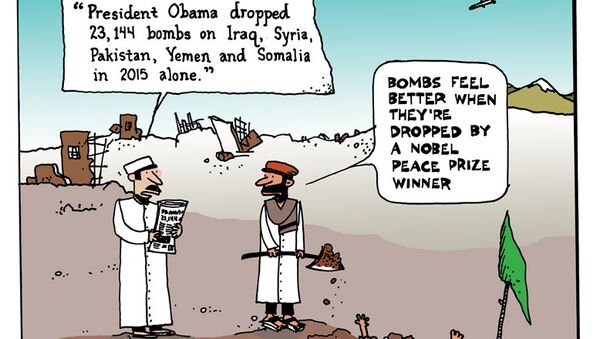 © Sputnik
Subscribe
International
India
Africa
In the past year, the US dropped more than 20,000 bombs on Muslim-majority countries Iraq, Syria, Afghanistan, Pakistan, Yemen and Somalia, according to a recent study by the Council on Foreign Relations (CFR).

Despite that staggering number, Washington's strategy has failed to defeat Daesh and other Islamic militant groups.

In fact, in 2014, the Central Intelligence Agency estimated the size of Daesh to be between 20,000-31,000 members. On Wednesday, Colonel Steve Warren, a spokesman for the US-led coalition, estimated the group at 30,000 members, despite Pentagon claims that 25,000 Daesh members have been killed in US air strikes.

At the same time, the Pentagon claims that only six civilians have "likely" been killed in the course of the bombing campaign.