Russia May Start Supplying Ebola Vaccine to Guinea in Spring 2016 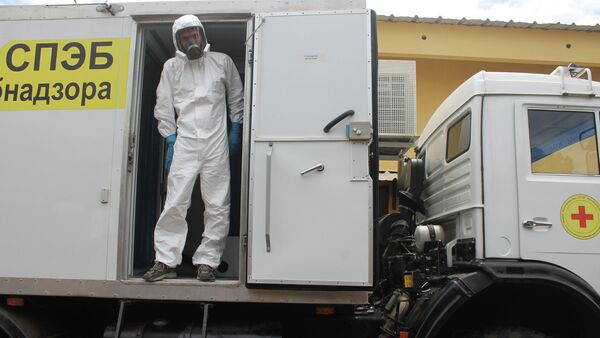 MOSCOW (Sputnik) — On Wednesday, Skvortsova said that Russia had received a request from the African country for permission to start using the recently developed Russian vaccine.

"We are ready to start the vaccination in Guinea in March-April," Skvortsova said.

According to the health minister, Russia may be able to produce up to 10,000 vials of the vaccine per month in the near future.

Earlier this week, Russian President Vladimir Putin said the country had developed and registered a highly-effective vaccine against the deadly Ebola virus, which has been shown to be effective for HIV-positive people also, for whom vaccines often do not work.

World
UN Expects Ebola Outbreaks in 2016
The latest Ebola outbreak began in December 2013, spreading across Western Africa from Guinea to Liberia and Sierra Leone and killing over 11,000 people in these three countries. Several Ebola cases were also recorded in some European countries and in the United States.

Sierra Leone was declared free from Ebola in early November. In Liberia, a 15-year-old boy died from the virus in November, although the country was twice proclaimed cleared from the infection.

On Tuesday, the World Health Organization (WHO) declared the end of Ebola virus transmission in Guinea.