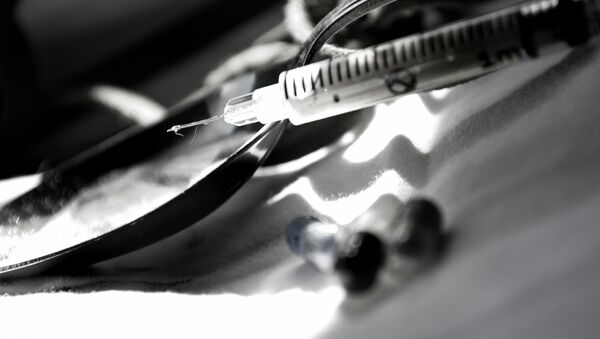 A man in Indiana, a state known to have a significant drug problem, is being sought by police after paying for his McDonald’s dinner with a wad of bills wrapped around a tiny bag of heroin on Monday evening.

The driver of the car was accompanied by two other people who used the drive-in window at the fast food eatery in the city of LaPorte. After the car drove off, an employee discovered that the money was wrapped around a green plastic bag filled with a dark “rocky” substance that police confirmed to be heroin.

The employee was not able to give the police a good description of the vehicle’s occupants, but did note that the driver was slurring and appeared to be intoxicated.

Police are investigating surveillance footage of the incident to identify the trio. LaPorte Metro Operations coordinator Harlan Williams told the South Bend Tribune that they believe the driver probably did not realize he had also handed the worker his drugs when he paid.

''It shows you how significant the problem is here that we're battling,'' said Williams.

Blaming the Mexicans? WaPo Jumps on Trump Bandwagon With Heroin Article
In March 2014, a couple overdosed on heroin in an Indiana McDonald’s play yard as their five and eight year old children played. The couple were found unresponsive, but were revived and charged with child endangerment.

In July of last year, another Indiana woman overdosed on heroin in a McDonald’s bathroom while her children were left unattended in the play yard. She survived, and was charged with child endangerment, drug possession, and drug abuse after she was revived.