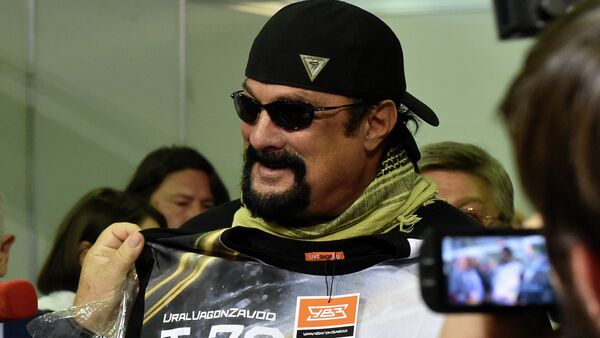 Seagalovic Now? Hollywood Star Steven Seagal Scores Serbian Citizenship
At the same time, Seagal wants to take charge of Aikido in Serbia. Seagal has practiced the Japanese martial art since he was seven years old, and has used his abilities many times in movies. Previously, it was reported that Seagal, who is an Aikido 7th Dan Black Belt, was invited to train Serbian police forces in Aikido.