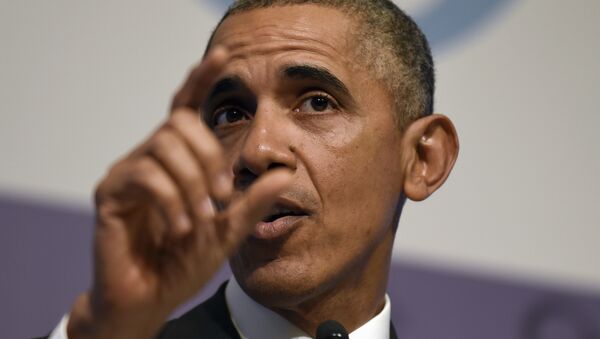 US President Barack Obama said that the US government will locate up to $70 million to finance expanded refugee admission program.

US, All EU States Should Cooperate on Addressing Migrant Crisis - Obama
WASHINGTON (Sputnik) — The US government will locate up to $70 million to finance expanded refugee admission program, US President Barack Obama said in the presidential determination released by the White House.

"It is important to the [US] national interest to furnish assistance…in an amount not to exceed $70 million from the United States Emergency Refugee and Migration Assistance Fund, for the purpose of meeting unexpected urgent refugee and migration needs related to the US Refugee Admissions Program," Obama stated on Wednesday.

In 2015, the United States resettled about 70,000 refugees from around the world. President Obama has previously said the administration will resettle 85,000 refugees in 2016, including 10,000 from Syria.