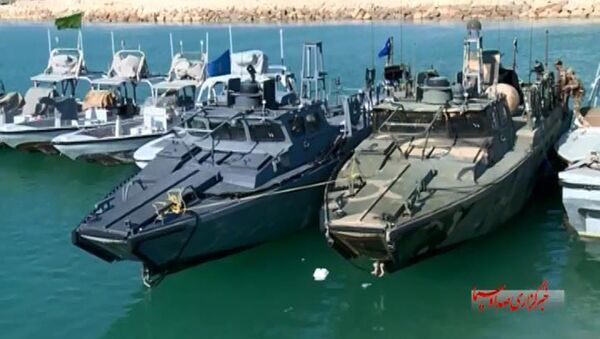 Iran seized and detained two US Navy boats on Farsi Island in the Persian Gulf. Tehran claims the personnel were in Iranian territorial waters illegally when they were captured. The Americans have since been released.

Following the capture, two US and French aircraft carriers, along with their accompanying fleets and military aircraft, began operations near Iranian waters.

"The USS Truman Aircraft carrier showed unprofessional moves for 40 minutes after the detention of the trespassers, while we were highly prepared with our coast-to-sea missiles, missile-launching speedboats and our numerous capabilities," Fadavi said, according to Fars News Agency.

Fadavi said the US Navy's behavior following the capture was provocative and uncontrolled.

"But we communicated an announcement through the international (radio) systems and prevented any further irresponsible moves by them," he said. "Then they came to realize the IRGC Navy has the first and the last word in here."

He said Iran claims sovereignty over the Strait of Hormuz and the Persian Gulf.

"The US and France's aircraft carriers were within our range and if they had continued their unprofessional moves, they would have been afflicted with such a catastrophe that they had never experienced all throughout the history," he warned.

On Wednesday, the head of Iran's armed forces said the seizure of the two US Navy boats and their crews should be a lesson to the US Congress trying to impose new sanctions on Tehran.

"This incident in the Persian Gulf, which probably will not be the American forces' last mistake in the region, should be a lesson to troublemakers in the US Congress," Major General Hassan Firouzabadi was quoted as saying by Tasnim news agency.