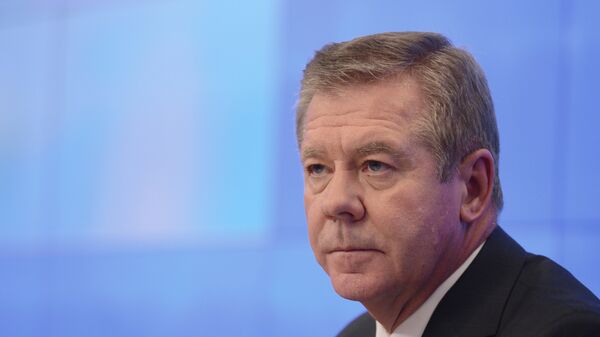 Russian Deputy Foreign Minister Gennady Gatilov said that linking the start of intra-Syria reconciliation talks with the delivery of humanitarian aid to Syrian cities is in violation of UN Security Council Resolution 2254.

"We are not denying the importance of this problem and think that the population in need in Syrian settlements that are under siege must of course be provided with prompt humanitarian aid deliveries, but we believe that linking that to the start of [reconciliation] talks would be wrong and would be inconsistent with UNSC resolution 2254," Gatilov said on Wednesday.

The deputy foreign minister explained that the resolution stipulates the formation of a broad Syria opposition delegation prior to the start of reconciliation talks.

According to Gatilov, Russia has not yet seen the list of opposition groups to be included in the delegation that will take part in the January 25 talks and it is not clear if it will include any terrorist organizations, such as Jaysh al-Islam.