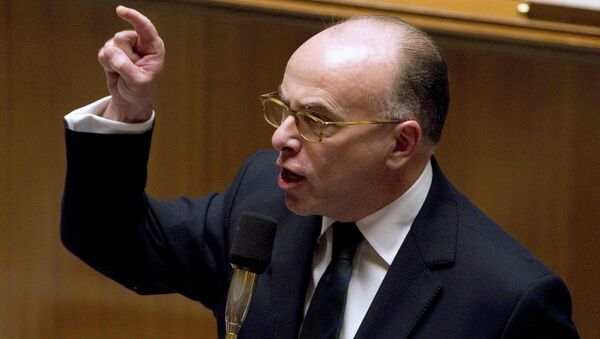 PARIS (Sputnik) — Cazeneuve said that the organizations had been outlawed because their activities were linked to inciting terrorism and hatred.

"Searches in these three associations were made at the beginning of December and they allowed us to establish the facts, confirming information we already possessed about the activities of these associations," Cazeneuve was quoted as saying by the BFMTV television channel.

Paris Attacks: Police Investigation Reveals Wider Belgian Network
The outlawed organizations were reportedly linked to a mosque in the French department of Seine-et-Marne, which was closed in December after police found weapons and documents confirming the jihadist nature of some of the activities conducted at the mosque.

The move comes amid heightened security measures in France, which have been in place since the November 13 deadly terrorist attacks in Paris that left at least 130 people dead and over 360 injured.