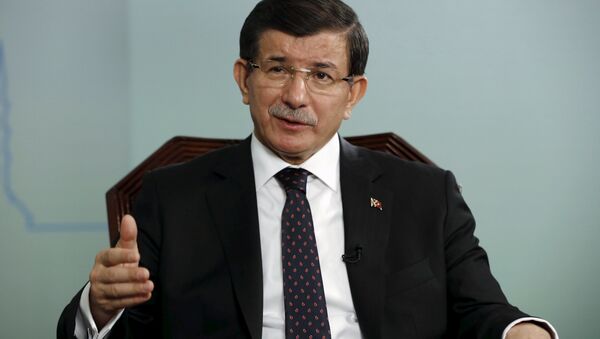 Turkish Prime Minister Ahmet Davutoglu said on Wednesday that we will arrive in Germany with an official visit on January 22.

Germany to Deploy 4 Tornado Reconnaissance Jets in Turkey on Tuesday
MOSCOW (Sputnik) — On Tuesday, an explosion occurred in Istanbul’s historical center in the city’s central square. At least 10 German nationals were killed, while 17 people, including Germans, were injured during the accident.

"I am going to visit Germany on January 22. This is a pre-scheduled visit and within its framework an intergovernmental visit with participation of several ministers will be held. I am planning to declare to German citizens that Turkey is a safe country. The accident has not been stacked against Germany. It could have happened to the tourists from any other country," Davutoglu was quoted as saying by the CNN Turk TV channel.

Turkish President Recep Tayyip Erdogan called the incident a terrorist act, adding that it was perpetrated by a Syrian suicide bomber, while Davutoglu claimed that the attack was linked to the Islamic State (ISIL, or Daesh in Arabic) terrorist group, which is outlawed in several countries including Russia.