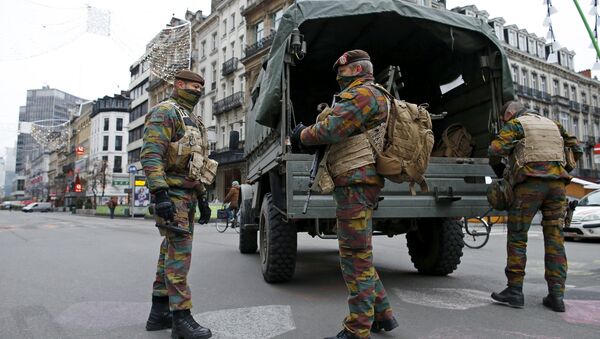 The properties uncovered by Belian police included a flat in the city of Charleroi, where fingerprints of two of the attackers were found, as well as a house near the French border, according to a federal prosecutor's spokesman.

"The investigators were able to identify three premises that have been used by the conspiring perpetrators of the attacks of 13th November 2015," spokesman for Eric Van Der Sypt said in a statement, as quoted by The Local news portal.

Another flat, located in the Schaerbeek municipality of Brussels, was identified last week when the prosecutors found fingerprints belonging to Salah Abdeslam, the key suspect in the Paris attacks. Traces of explosives and explosive belts were also found.

On November 13, extremists carried out a series of coordinated attacks at various locations in the French capital, killing 130 people and injuring over 350 others.

Daesh (Islamic State) claimed responsibility for the attacks. The organization is outlawed in many countries, including Russia. A number of terrorists allegedly responsible for the attacks traveled to Paris from Belgium, according to police.