Number of Germans Killed in Istanbul Attack Rises to 10 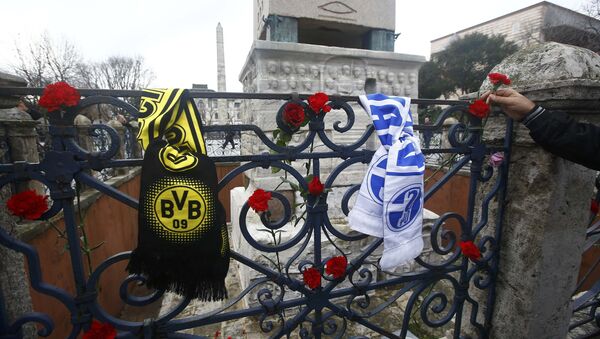 © REUTERS / OSMAN ORSAL
Subscribe
International
India
Africa
The number of Germans killed in the latest terrorist attack in Istanbul has risen to 10.

World
'No Reason' to Believe Terrorist Act in Istanbul Against Germans
BERLIN (Sputnik) – The number of German citizens who died in the terrorist attack in the Turkish city of Istanbul has risen to 10, the German Foreign Ministry spokeswoman said Wednesday.

"The number of casualties among German citizens, unfortunately, has grown to 10 people," Sawsan Chebli told reporters in Berlin.

According to German media reports, the majority of victims are pensioners from one tourist group.

A powerful bomb exploded on Tuesday morning near Sultanahmet Square in the heart of Istanbul close to a tram station, when there was a group of tourists, claiming the lives of 10 and injuring 15 more.