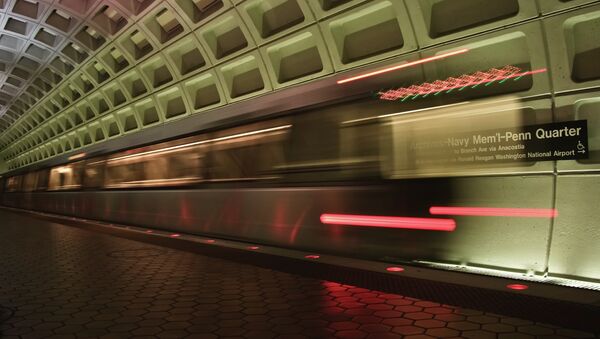 © Flickr / Chris Martino
Subscribe
Since late December, there have been a string of violent attacks in the Washington, D.C., metro transit system, the most recent taking place Saturday evening.

A couple was attacked by a still-unidentified group of approximately ten teenagers at around 9:30 PM, as they waited for a train on the Metro Center platform. One of the victims stated that he first heard his girlfriend screaming just before he was struck in the back of the head, in what he claimed was an entirely unprovoked action.

Off the Tracks: NTSB Wants Feds to Take Over Troubled DC Metro

It was the fourth assault by a group of teenagers at a Washington, D.C., metro station since late December.

"It all happened very quickly, and then they were just hitting us both in the face and head,” the female victim told the local Fox News affiliate.

“We literally said nothing to them,” her boyfriend said.

The male victim received two black eyes, welts on his head, and bruised wrists from attempting to cover his face. The female victim suffered a split lip.

The attack did not appear to be a robbery, as nothing was stolen from the couple.

“It was pretty quick and direct,” he said. “They came up – I noticed they had scarves over their face – they said a few words about my shoes, about getting up, if I wanted to give them my seat, and then before I had a chance to respond, that is when they just started attacking.”

The couple told the news affiliate that if they had been aware of the current string of violence by groups of teenagers, they would have chosen another method to get home that evening.

"At this point, I just feel like if someone wants to attack me, they can,” said the female victim. “I don't really feel safe on the Metro anymore.”

No descriptions or surveillance images of the suspects have been released to the public.