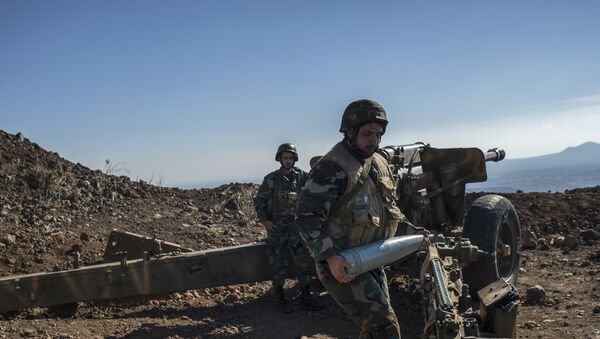 The Syrian Army has reportedly destroyed a column of Daesh's oil tankers in the country's southwestern province of Sweida.

Syrian Army Liberates Key Areas Near Deir ez-Zor Military Airport
A column of oil tankers owned by Daesh (ISIL/ISIS) has been destroyed by the Syrian Army and the National Defense Forces (NDF) in Sweida province in the country's southwest, according to the Iranian news agency FARS.

"A convoy of 16 ISIL oil tankers was targeted by the Syrian Army in the region of Shaghaf located [in the] southeast of Sweida province," the sources were quoted by FARS said.

According to the sources, all of the oil tankers were set ablaze during the army's attack, and an array of the convoy's military guards were killed. 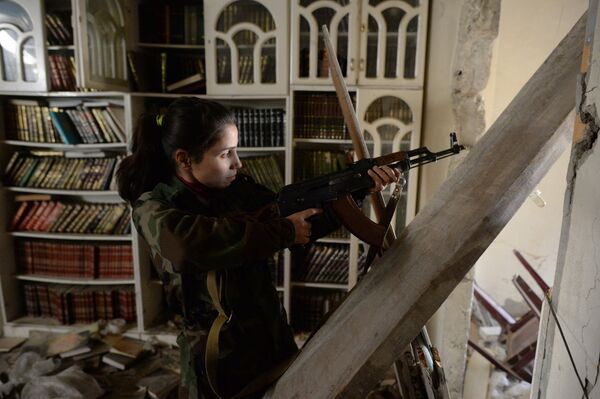 A female sniper from a special weapons and tactics (SWAT) regiment of the Syrian Arab Army in Darayya, a Damascus suburb.
© Sputnik / Mikhail Voskresensky
/
Go to the photo bank

The army and the Syrian National Defense Forces intensified their military operations against Daesh terrorists in Sweida last month.

In particular, the Syrian troops, supported by the NDF, obliterated Daesh positions in the village of Al-Qasr in northern Sweida, sources said. Although the mostly government-held province is predominantly Druze and practices a Unitarian religion which features elements of Christianity, Buddhism and Neoplatonism, many Sunni Muslims have taken refuge in the province, fleeing areas which have been held by Islamist militants in neighboring Daraa Province. They represent a small portion of the 6.5 million internally displaced Syrians who predominantly reside in government-controlled areas of the country.

Meanwhile, the Syrian air force reportedly managed to destroy a spate of Islamic militant strongholds to the east of Damascus, killing dozens of terrorists and wounding many more.

#SYRIA In suburbs of #Damascus, governmental forces are conducting severe battles liberating one area after another

Adding to the Syrian army's anti-Daesh effort is the Russian air campaign, which was launched on September 30, 2015, when more than fifty Russian warplanes, including Su-24M, Su-25 and Su-34 jets, commenced precision airstrikes on Islamic State targets in Syria at the behest of Syrian President Bashar Assad.