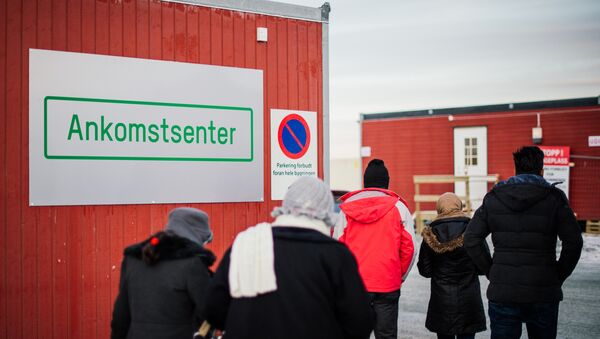 © AFP 2021 / Jonathan Nackstrand
Subscribe
The head of the Norwegian Police Security Service (PST) has warned that the refugee crisis in Europe will lead to rifts in society and the rise of far-right groups, because of the consequences of a large number of refugees coming from Muslim countries. 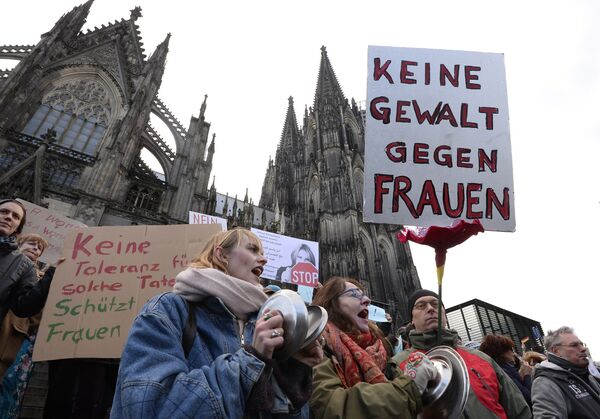 A man holds up a sign reading "No violence against women" as he takes part in a demonstration in front of the cathedral in Cologne, western Germany, on January 9, 2015 where sexual assaults in a crowd of migrants took place on New Year's Eve
© AFP 2021 / Roberto Pfeil

Major Politically Correct Cologne-Like Cover Up Exposed in Sweden
There was outrage when in emerged that hundreds of women at Cologne rail station has been subjected to a series of sex assaults, molestation, lewd comments and behavior as well as robbery, during chaotic scenes on New Year's Eve.