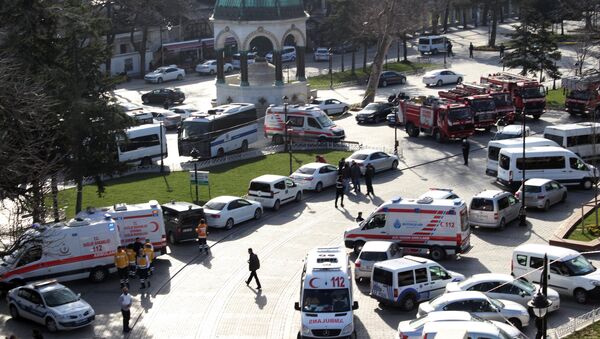 Earlier in the day, an explosion occurred in the central square in Istanbul’s historical center, leaving at least 10 people dead and 15 injured. The attacker was identified as a Syrian suicide bomber, born in 1988.

"A bomb explodes in the central tourist district in the Sultanahmet square, and you don't take any measures. Then what do you do? You impose a ban on information [on the attack] before the ambulances leave. This government is not able to run the country," Kilicdaroglu said in an address to his party.

Following the Istanbul blast, the Turkish authorities issued an order restricting the publication of information about the attack by the media. According to local media reports, the ban on the distribution of information affects all kinds of news, interviews, analyses and other article formats in the printed press, on television, on the radio, via social networks and on the Internet.