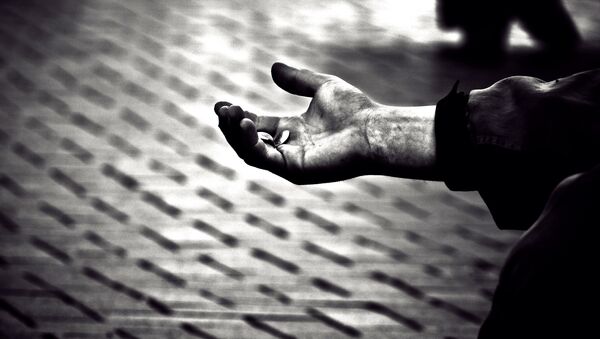 © Flickr / Hamed Parham
Subscribe
Britain's new "blitz" on poverty has been revealed after Prime Minister David Cameron announced his intentions to bulldoze some of the poorest housing estates in the UK to tackle drug abuse and gang culture.

In an article for the Sunday Times, David Cameron wrote: "Within these so-called sink estates, behind the front doors, families build warm and welcoming homes. But step outside in the worst estates and you're confronted by concrete slabs dropped from on high, brutal high-rise towers and dark alleyways that are a gift to criminals and drug dealers." 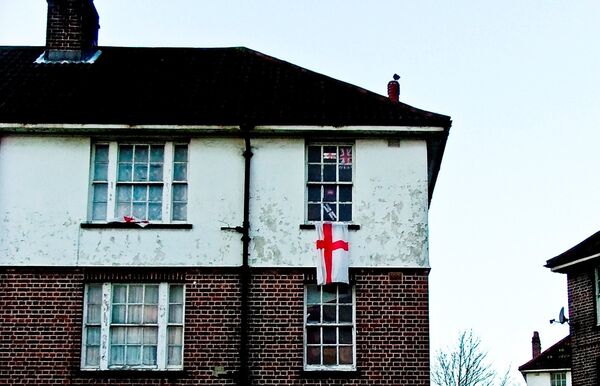 A "sink" estate is a British council housing estate under the control of a local authority, often characterized by having extremely high levels of poverty and social deprivation.
© Flickr / Nico Hogg

Citing the 2011 riots that erupted across the UK, following the shooting of a young black man by a London police officer, David Cameron said that three out of four rioters lived in sink estates.

"The riots of 2011 didn't emerge from within terraced streets or low-rise apartment buildings. The rioters came overwhelmingly from these post war estates. That's not a coincidence," he wrote.

"Decades of neglect have led to gangs and antisocial behavior. Poverty has become entrenched, because those who could afford to move have understandably done so."

The conservative government will spend US$203 million (£140m) rehousing people forced to leave council estates earmarked for demolition. The plan is also for the private sector to help pay to rebuild new houses.

However critics of the announcement suggest that bulldozing council estates is just ironing over the cracks of poverty, gangs and social deprivation in Britain.

"Government regeneration plans to bulldoze 100 of the country's worst sink estates must focus on supporting people living there if true regeneration is to be achieved," according to Tony Armstrong, head of housing charity Locality.

"We need to learn lessons from the past," said Armstrong, suggesting that the people living on the estates should be involved in the process.

"Local people know what is needed in their neighborhood and they should be the ones who set the priorities and own the process."

In response to the pledge to spend US$203 million, George Ferguson, Mayor of Bristol, England, said it should be ten times the amount, if Cameron was serious about "blitzing" poverty.

Natalie Bennet, leader of the Green Party, says the plans to give residents between two and five year tenancy agreements are "not a recipe for successful communities."

Critics of the plan remain skeptical as to whether the Conservative government actually plans to fight gang culture or target social housing and welfare in the UK.

The sink estates, reportedly earmarked for demolition, include the Winstanley estate in Wandsworth, south London; and Broadwater Farm in Tottenham, north London, where the 2011 riots started.

Rebuilding sink estates with £140m is like trying to buy a house in London with £14k. A token sum that will be used to package for investors

Offering a perspective into the current housing situation in the UK and the Conservative Party's housing policy, Labour leader Jeremy Corbyn told the Today program that "if we carry on like this, in this country, we end up with a more divided Britain. We end up with more people sleeping homeless. We end up with more young people in overcrowded accommodation and underachieving at school.

"We have a housing strategy that denies opportunity for everybody — middle class families whose children can't leave because they can't afford to buy anywhere; poorer families can't get any Council housing and forced into very expensive private rented accommodation."

In his promise to transform some of Britain's most rundown estates, David Cameron says:"For some, this will simply mean knocking them down and starting again. For others, it might mean changes to layout, upgrading facilities and improving local road and transport links."

Tony Armstrong, head of housing charity Locality, however, suggests that the focus should be on people — not houses, if the project is to succeed.

"A focus on supporting the people living on the estates, rather than just the bricks and mortar, is essential in helping these neighborhoods thrive."

000000
Popular comments
Indeed, it is the people Cameron should be concerned with. The UK leaders are like the leaders of the US, elitists! They know full well destroying the tenements will not solve anything; only exacerbating the human condition to a more debilitating state. They act as if they are helping when in actuality it will be two steps back or more for these people. When people are this deprived and have no hope for the future and it pains them so much they can only live in the present some will dull or numb the dreadful and dire conditions they live in with drugs. And gangs, well again example and semantics come into play; if one is poor and commits crimes then they are a gangster and face huge liabilities and penalties. If one is rich and commits a crime then they seem to most of the time get away with their white collar crimes, receive little punishment and are not given a derogatory name in the media or in society. Greed, greed, greed.
cavedeborah
11 January 2016, 21:10 GMT
000000
Newsfeed
0
New firstOld first
loader
LIVE
Заголовок открываемого материала
Access to the chat has been blocked for violating the rules . You will be able to participate again through:∞. If you do not agree with the blocking, please use the feedback form
The discussion is closed. You can participate in the discussion within 24 hours after the publication of the article.
To participate in the discussion
log in or register
loader
Chats
Заголовок открываемого материала
Worldwide
InternationalEnglishEnglishMundoEspañolSpanish
Europe
DeutschlandDeutschGermanFranceFrançaisFrenchΕλλάδαΕλληνικάGreekItaliaItalianoItalianČeská republikaČeštinaCzechPolskaPolskiPolishСрбиjаСрпскиSerbianLatvijaLatviešuLatvianLietuvaLietuviųLithuanianMoldovaMoldoveneascăMoldavianБеларусьБеларускiBelarusian
Transcaucasia
ԱրմենիաՀայերենArmenianАҧсныАҧсышәалаAbkhazХуссар ИрыстонИронауОssetianსაქართველოქართულიGeorgianAzərbaycanАzərbaycancaAzerbaijani
Middle East
Sputnik عربيArabicArabicTürkiyeTürkçeTurkishSputnik ایرانPersianPersianSputnik افغانستانDariDari
Central Asia
ҚазақстанҚазақ тіліKazakhКыргызстанКыргызчаKyrgyzOʻzbekistonЎзбекчаUzbekТоҷикистонТоҷикӣTajik
East & Southeast Asia
Việt NamTiếng ViệtVietnamese日本日本語Japanese俄罗斯卫星通讯社中文（简体）Chinese (simplified)俄罗斯卫星通讯社中文（繁体）Chinese (traditional)
South America
BrasilPortuguêsPortuguese
NewsfeedBreaking
07:10 GMTFinnish PM Embroiled in Product Placement Controversy Over Instagram Story
06:27 GMTCanada Set to Deliver Verdict in Testy Vote as PM’s Cakewalk Becomes Nail-Biter
06:17 GMTTaliban Order Women Working in Kabul to Stay at Home, Interim Mayor Says
06:12 GMTSweden Raises Taxes to Finance Largest Military Investment in Modern Times
06:01 GMTBoJo Vows UK’s ‘Ineradicable’ Love of France in Bid to Mend Fences Amid Diplomatic Row Over AUKUS
06:00 GMTBritain Considers Offering Loans to Energy Firms Amid Dramatic Hike in Gas Prices - Report
05:29 GMTRussia’s Ruling Party Ahead in Parliamentary Vote With Over 48%, Election Commission Says
04:34 GMTLive Updates: UK PM Johnson to Push Joe Biden to Lift COVID-19 Travel Ban With US
04:30 GMTNot in the Mood: Golden Retriever Does Not Want to Cuddle
04:28 GMTChinese Observers Give Positive Assessment of Russian State Duma Election
03:45 GMTMusk Adds Another Joke to Joe Biden’s ‘Sleepy’ Issue, When Asked About ‘Inspiration4’ Flight
03:16 GMTKhamenei Appoints New Head of Iranian Air Force
03:16 GMTWait, Again? New Photo of Trudeau Wearing Blackface Emerges on Social Media
02:41 GMT‘Duty of Care’: Texas Doctor Performs Abortion Past 6-Week Law to Protest State’s ‘Heartbeat Bill’
02:02 GMT'Get Off Back Foot': Prince Andrew Mulls Dismissing His Legal Team Over Reputational Damage - Report
01:48 GMT'The Crown' Wins Emmy for 2021 Best Drama Series
00:53 GMTWHO Appoints Former UK Prime Minister Gordon Brown as Health Financing Ambassador
00:45 GMTIran Says Ready to Sell Fuel to Lebanese Gov't After Hezbollah Secured Emergency Supplies - Report
00:38 GMTVideos: Volcano Eruption on Spanish Island of La Palma Forces 5,000 to Evacuate
00:25 GMTNetanyahu on Facebook Mocks Biden’s Alleged Nap During Talks With Israeli PM Naftali Bennet