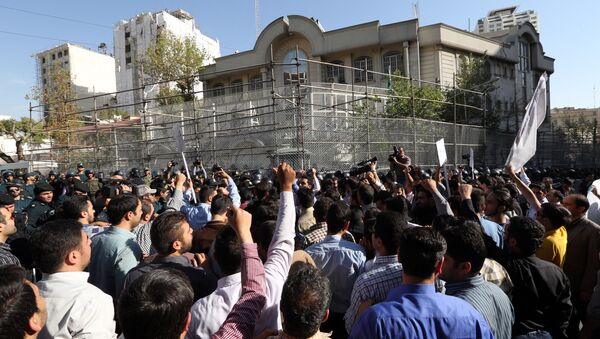 Iran has not yet officially asked Russia to mediate the recent conflict between Tehran and Riyadh, a source in the Russian Foreign Ministry said Monday.
One Thousand and One Problems of Saudi-Iranian Relations
MOSCOW (Sputnik) — Earlier in January, the Russian Foreign Ministry said that Moscow was ready to render any necessary assistance to help Iran and Saudi Arabia overcome bilateral disagreements.

"We have good relations both with Iran and Saudi Arabia, though we have certain well-known divergence of opinions [with Riyadh] over Syria. Both countries must send a request in order to receive [Russia's] mediation. As I know, Iran has not filed such a request so far," the source in the ministry told RIA Novosti.

In early January, a diplomatic row erupted in the Middle East, with Sunni-ruled Saudi Arabia severing diplomatic ties with the region’s main Shiite power, Iran. The crisis came after protesters stormed the Saudi Arabian embassy in Iran in response to Riyadh's execution of a prominent Shia cleric Nimr al-Nimr.