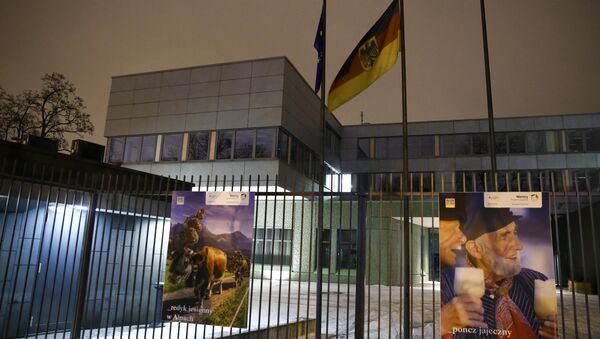 Poland Passes Contentious Media Law Amid Rumors of Mass Sackings
Earlier, Oettinger had criticized a new law signed by Polish President Andrzej Duda that tightens government control over the media. During an interview with the newspaper Frankfurter Allgemeine Sonntagszeitung, he said that "many reasons exist for us to activate the 'Rule of Law mechanism' and for us to place Warsaw under supervision," according to Radio Poland.

"A week ago in an interview with Frankfurter Allgemeine Sonntagszeitung, you criticized the actions of a democratically elected Polish parliament and government that are intended to restore the objectivity and independence of the public media in Poland,” Ziobro wrote in an open letter addressed to Oettinger, Radio Poland reports.

"You demanded that Poland be placed under supervision. Such words, spoken by a German politician, have the worst possible connotations for Poles. I am the grandson of a Polish officer who, during World War II, fought in the Home Army against 'German supervision'", he added.

The minister also mentioned the recent incidents involving sexual assaults against women that took place in Cologne and several other German cities, which he claimed "were for several days hushed up by the German media."

"I came to the painful conclusion that it’s easier for you to talk about fictitious threats to media freedom in other countries than condemn censorship in your own country," Ziobro said.

On January 10, Polish Foreign Minister Witold Waszczykowski summoned the German ambassador to discuss the "anti-Polish comments by German politicians," according to Reuters.

"It's not about one concrete comment, there are quite a few of them," foreign ministry spokesman said, the news agency adds.