France to Open Refugee Camp for 2,500 People in Four Weeks 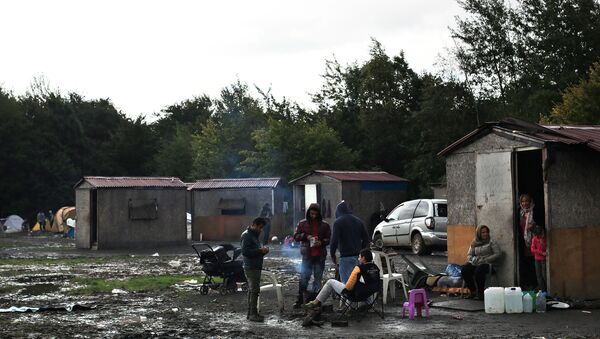 'Inhumane' Conditions for Refugees in Forgotten French Camp
MOSCOW (Sputnik) – A new 2,500-person refugee camp will be opened in four weeks in the northern French commune of Grande-Synthe, near the Dunkirk ferry port, linking the country with the British coast, local media reported on Monday.

The mayor of Grande-Synthe, Damien Careme, and the medical charity Medecins sans Frontieres (MSF) announced on Monday that the new semi-permanent refugee camp will have showers, improved sanitation and special rooms for medical consultations, the French newspaper Le Monde reported.

France’s Dunkirk Refugee Camp Plans Make Waves Across English Channel
The newspaper added that earlier in the day another camp was opened in Calais, some 18 miles to the west of Grande-Synthe. The camp is expected to provide 1,500 people with accommodation, according to the newspaper.

Europe is struggling to cope with a massive influx of refugees from conflict-torn countries in the Middle East and North Africa. According to the United Nations, over a million migrants crossed into Europe via the Mediterranean and the Aegean in 2015.