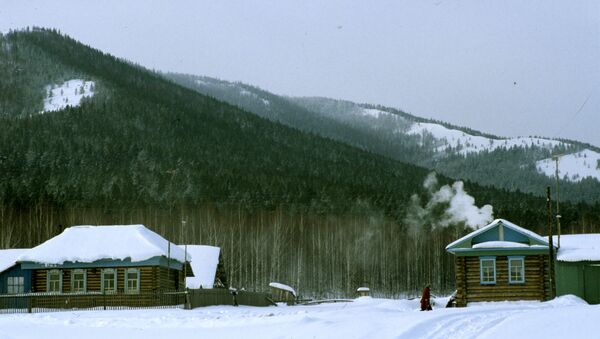 The Russian government said that it would investigate the findings regarding a new dead body found at the notorious Dyatlov Pass, while dismissing allegations that the group which spotted it has lost contact.

Russia's Emergency Ministry denied that a group of hikers which on Friday spotted a dead body in the mysterious Dyatlov Pass has gone missing.

The Dyatlov Pass in Russia's Sverdlovsk region was site to a mysterious incident in 1959, when nine hikers perished in strange circumstances. The group in question found the body of a man, estimated to be in his fifties by the hikers.

"They are not missing. The group continues to head on the planned route and maintains contact," a source in the local office of the ministry told RIA Novosti.

The Investigative Committee, Russia's equivalent of the US' FBI, said that it will send an investigator to search for the body along with police and rescue workers on Tuesday, in a planned three-day expedition.

Also on Monday, the emergencies ministry said it dispatched a unit to the Dyatlov Pass to assist a lone hiker suffering from frostbite.

The mystery 1959 death of a group of hikers led by university student Igor Dyatlov led to an immense amount of speculation, which has been attributed to everything from paranormal occurrences to secret weapon tests. The incident aroused international curiosity with everything from television documentaries to feature films made on the subject.

The hikers departed on January 23, 1959, and were meant to return on February 12. One of the hikers, Yuri Yudin, fell ill during the trek and returned to the starting point, becoming the sole survivor of the incident. Yudin died in 2013.

After failing to return from a 300-kilometer trek on the planned date, search teams from Dyatlov's university, police and the military were dispatched on February 22. One of the groups found a tent four days later, cut open from the inside, which was filled with personal belongings but had no people inside. 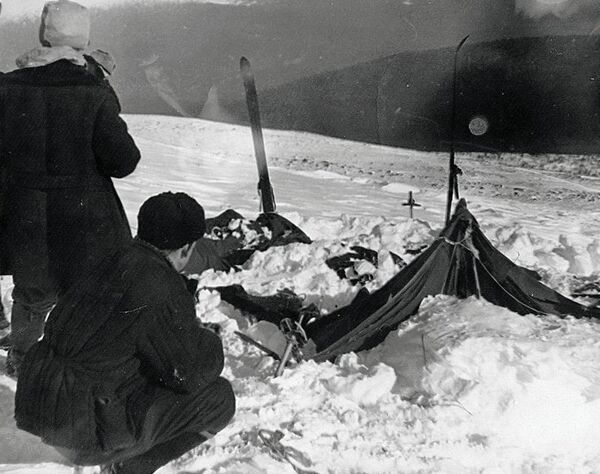 A view of the tent of the Dyatlov group as the rescuers found it on February 26, 1959
© Wikipedia

On the following day, the search team found the first two of the dead by a river 1.5 kilometers away, dressed down to their underwear. Dyatlov was found 300 meters away, and fellow hiker Zinaida Kolmogorova another 330 meters away, but only with her shoes removed. The fifth hiker was found in March, a further 180 meters away.

The rest of the group was only found in May, after snow melted. Search teams first found an empty mat made from 15 small trees, and later found the remaining dead hikers by the stream. Clothes belonging to the undressed hikers were found nearby. The hikers were found dead from hypothermia in a medical examination, which also found that two had broken ribs, and the third a fractured skull.

Because of the strange circumstances of their death and inconclusive statements by the investigators, the incident was blamed on everything from spies to secret weapon testing. One of the hikers had a relatively high level of radiation found on his sweater, while others had burns on their hands and face, which gave ground to the theories.

One theory suggested that the hikers were killed by Western spies, who Soviet spies embedded with the group were scheduled to rendezvous with, to hand over clothes sprayed with weaponized plutonium in a sting operation.

According to one recent investigation by a veteran hiker Yevgeny Buyanov, the Dyatlov group likely provoked a small avalanche while setting down their tent on a mountainside, and cutting through a compacted layer of snow. Of the group, only Dyatlov had experience with winter hiking, while the rest of the group only went on summer treks. 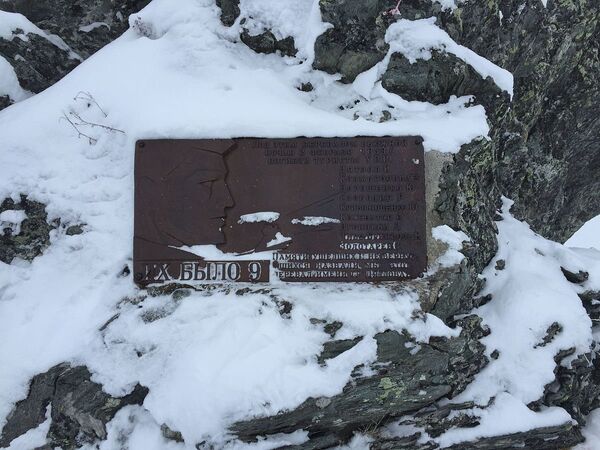 Memorial plaque installed in 1963, in memory of the dead hikers
© Photo : Wikipedia

The group then attempted to rescue the injured, carrying them toward the forest stream, where they made a fire and had others return to the tent for their belongings, according to Buyanov. However, the hikers intending to return froze to death, while the ones who stayed in the forest burned their hands while attempting to warm themselves by the fire.

The head of the Dyatlov Group Memorial Foundation, Yuri Kuntsevich told Russian television that the missing man likely died from being stuck in thick snow after taking off his skis.

According to Kuntsevich, rumors of paranormal occurrences at the Dyatlov Pass led the dead hiker to visit Dyatlov Pass without preparation.