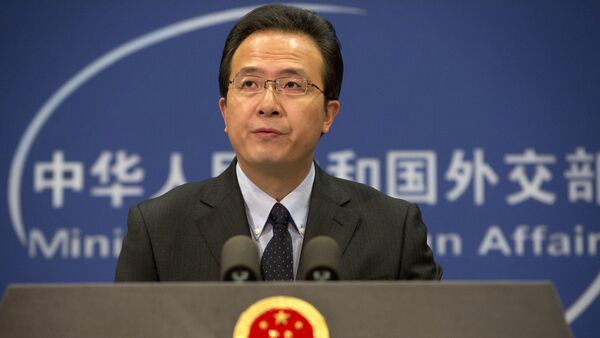 Zhang visited the two countries between January 6 and 10 to discuss the situation in the region amid the Tehran-Riyadh diplomatic row.

"During a meeting with the representatives of Saudi Arabia, Zhang Ming expressed hope that the parties would show restraint, would maintain contact and would begin dialogue to defuse tensions," Hong told reporters at a press briefing.

The Chinese vice foreign minister said he hoped the parties to the conflict would make mutual efforts to maintain peace and stability in the region, the spokesman added.

'War of the Embassies': Saudi Arabia Escalates Iran Feud
In early January, a diplomatic row erupted in the Middle East, with Saudi Arabia severing diplomatic ties with the region’s main Shiite power, Iran. The crisis came after protesters stormed the Saudi Arabian embassy in Iran in response to Riyadh executing top Iranian Shiite cleric Sheikh Nimr al-Nimr, along with dozens of other people convicted of terrorism.

Al-Nimr had demanded more rights for Shiites, who are a minority in Saudi Arabia, where most citizens are Sunni Muslims.