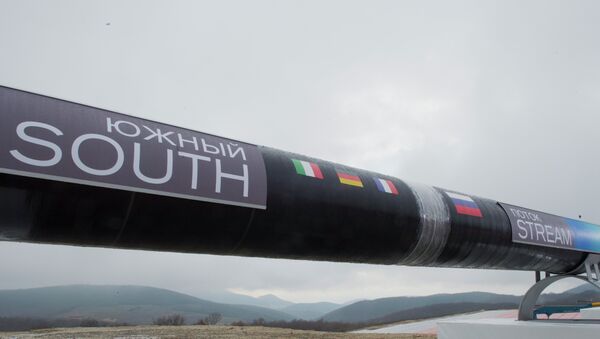 Bulgarian authorities do not have information on possible renewal of talks with Russia on the construction of the South Stream gas pipeline, according to the press service of the Republic of Bulgaria Council of Ministers.

MOSCOW (Sputnik) – Bulgaria is currently unaware of the possible renewal of talks with Russia on the construction of the South Stream gas pipeline, a member of the press service of the Republic of Bulgaria Council of Ministers told Sputnik on Monday.

"We don’t have any information on that by now"

The representative said answering a question whether the Council of Ministers could confirm media claims that talks were planned on renewing the construction.

New Kid on the Block: Bulgaria Wants to Become Main Gas Hub in Europe
In late 2014, Moscow announced the cancellation of the South Stream gas pipeline, intended to traverse the Black Sea to deliver Russian natural gas through Bulgaria, Serbia, Hungary and Slovenia to Italy and Austria. Following the cancellation, Russia announced plans for the Turkish Stream gas pipeline to replace the South Stream.